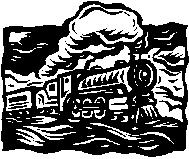 When I started February I had steampunk dreams.

See, I have this book I had written a few years ago and I’ve been debating what to do with it. It’s not a bad book, I’m proud of it; it’s just I want to add a special flair to it. Something that would make it stand out more. So I considered the idea of adding some steampunk to it.

The book already had steam engines and hot air balloons, so adding more elements didn’t seem too difficult a concept. But the fact is the more I read and study steampunk the more I begin to wonder if this is too much an undertaking. Frankly, steampunk is like joining a literary masonic society with their own phrases, handshakes, words, etc. I really dig the vibe of it, but the last thing I want to do is fight the idea that I was writing a phony steampunk book or not embracing it enough. Jeepers! Writing a regency book in the voice of Jane Austen feels less intimidating if you can believe it.

Maybe I am just overwhelmed by it all right now and need to take a deep breath. Honestly, it’s hard to take on too many big ideas right now and I think it is the weather. I feel trapped and tired, and I think we all do by this nonstop snow and ice. You can see this in my five choices this month, because it is all about escape and comfort for me.

The Second Season of House of Cards

I wish I could give you a great excuse why the last week I have not been creating much writing on the site. Yes, I had the book promotion with my publisher for A Jane Austen Daydream recently; yes, I am working on Me Stuff and hope to have it out in March; and, finally, yes, I am trying to line up an agent or publisher for my new novel Permanent Spring Showers… But honestly I have just been binge watching House of Cards.

From Friday up until last night I have been living in the world of Frank and Claire Underwood. Wow, what a great show! The writing is spectacular. And do you know what I particularly love about the show- it doesn’t talk down to us. So often TV is simple, easy-to-figure-out plots, etc., but everything about House of Cards is smart. They even assume (good grief!) that we remember what happened in previous episodes.  And can I just add that I love this perspective of releasing an entire season at once? It is so much more a richer experience than waiting every week for a new episode.

Okay, I am all done with the show. Now reality sinks in again.

You know the great bit in Monty Python and the Holy Grail when no one was quite dead, they kept getting better? Well, that can also be said of the world of Final Fantasy XIII (Cocoon). See, the XIII trilogy was always a dark chapter in the Final Fantasy saga, but the second game ended with the heroine dying and everything the heroes (including the gamers) did actually accomplished the opposite and ended the world.

Yes, at the end of the game the world ended, and everyone was crying. I was shocked and impressed all at the same time by the guts of the game. I even wrote this post out of grief for it.

But like I said, the world of Cocoon and the hero from the first game is back (Lightning), and still not quite dead. So far I am a few hours into the game, but I am loving it. The game is rich in religious undertones, and Lightning has returned as a savior to save souls… with her sword. Her home base is called the Ark, and her assistant is a young man named Hope.

I love these games, with or without happy endings.

About a month ago I wanted silly comedy and searching around Netflix I was reminded that Futurama existed. How could I have forgotten this important fact!?! And there are four seasons of the show that I had never seen!

I’ve always loved the creativity around Futurama. They could do and say anything in a show like that. It must be so liberating for these comedy writers. You can have a character die or get severely injured and in the next they are fine. All rules are out the door, besides Bender Rodríguez and his shiny metal awesomeness.

When I once dreamed of writing for TV, I didn’t see myself doing hour-long dramas; no, I wanted to do shows like this. Someone else can take the drama awards, I wanted the chuckles. I dreamed of doing fun and surprising comedy (I still dream of The Dante Experience making one heck of a fun cartoon). And in a long winter like this, don’t we all need a laugh?

It’s sad that Futurama is gone. Maybe someday it will come back, but if it doesn’t, it was a great final episode to end on. Trust me on that and check it out.

The Beatles’ On Air- Live at the BBC, Volume 2

It’s 50 years since The Beatles performed on the Ed Sullivan show. I wasn’t around to see it, of course. By the time I arrived on this globe The Beatles had broken up and I was listening to memories.

Great memories, but memories all the same.

I have always loved the BBC recordings. I have a boxset containing ten full CDs of recordings of these shows, but nothing compares to the official releases by Apple. They go to a lot of trouble to clean up the performances and it makes the new purchase very worth it for me.

One of the things I love about listening to this is you can feel the energy of what The Beatles were probably like live, and you can feel their joy in just performing. I can’t begin to count how often my kids and I have danced to these CDs, but every time it is a new memory to capture.

For the last few years, February has been the month of Snoopy for me. Every Christmas it is a tradition for my parents to give me the latest two installments in The Complete Peanuts, being published by Fantagraphics. They do a wonderful job with these books. While I don’t always get the point of the celebrity introductions (I would rather they focus on artists, writers, philosophers, etc., than pop actors) the rest of the books are nothing but Schulz.

With the latest release, we have left the 80’s, and the vibe in the comics feel nicer. Besides a weird moment when the Peanut kids all go to a religious camp to learn about the end of the world (what were their invisible parents thinking?), the rest of it feels tamer than the sheer mad creativity you were seeing back with Schulz  in the 1960s.

The Christmas when I catch up to the end of Peanuts will be a sad moment; it would be marking twelve years of collecting done. All good things come to end, I get that, but it still can suck. And that suckiness is worse in a winter like this.