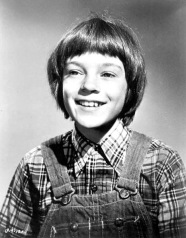 For years I dreamed of Scout.

That is how I used to imagine my future daughter. Smart, inquisitive, able to stand up in a fight and not playing with dolls, finally growing into a person like Harper Lee. Inventive. Creative. Empowered.

That is not to say I envisioned myself as an Atticus Finch from To Kill A Mockingbird. I’m not that great, and when I do heart-to-hearts with my kids they are never that lyrical or profound. Usually, it seems to me, that my big parental moments are always about the importance of sharing and taking turns (from toys to parents). Ah, the life of a father with two little ones.

Whatever the case, my daughter is over two now, almost two and a half, and all of the popular girl trends I hoped to avoid with my daughter have taken over and laid waste to my Scout dreams. Where there should be overalls, there are pink leggings, where the toys should be educational and gender-neutral, her likes lean towards the pink aisle of the toy store, the one boys avoid like the cooties.

Yes, my daughter is a full-on little girl, surrounded by Care Bears, babies that need rocking, a lot of pink, and I am at a loss… and then there are the princesses.

My daughter’s favorite princess is Cinderella, but she calls her Pizzeralla.

I have no idea how pizza entered the equation, but I have never dared to complain about pizza and I never will. Does my daughter imagine her slaving over a stove preparing a cheese pizza each night for her horrible step-sisters? Is this part of the Disney princess duties I was not aware of? Favorite Italian dishes? Does she make breadsticks as well?

The funny thing is for my little one all of the Disney Princesses are Pizzeralla. In her imagination, Alice is her when she is younger and Sleeping Beauty is later on. I think even Wendy Darling and Tinkerbelle sneak in as well, all taking the mantle of the great Pizzeralla.

I like to give Disney the benefit of the doubt.

I have discussed my love of Disney before in posts (like here), with a strange obsession for Disneyland and the sheer creativity that gave birth to it (My hope is to actually take my kids there for the first time next year)… but princesses?

Why my daughter latched on to Cinderella, I can never guess. She doesn’t have a bunch of pets (we have one dog and she has yet to make a shirt for it), definitely no mice, and we are hardly that cruel to our own little princess.

Now before my daughter and son were born, I collected Disney films, preparing for them, stocking up before Disney put each of them back in the “vault” they are always threatening us fans with. And even though I owned all of the princess movies, I had watched them probably once, rarely more than that.

Now I can easily say I have seen Cinderella over ten times (no pizza anywhere in sight), and while she is a very nice character, she is almost painfully too nice. For example, do you remember the scene when she gets in trouble for the mouse being with the breakfast food and she didn’t do it? That is a broken individual that walks into her stepmother’s chambers, not someone preparing to stand up for her side of the argument.

The Cinderella in the film is more than broken, she is a prisoner, already assuming her voice, her opinion, her rights are all gone. And even in that moment when her step-sisters destroy her dress (the one made by the friendly mice) she takes it, not fighting back. Frankly, it’s a pitiful sight.

But the thing that gets me… the one moment she has to stand up to her step-sisters and stepmother, put them in their place, show some strength, she doesn’t do it. At the end, after her stepmother has destroyed the one outrageously small glass slipper, Cinderella merely pulls the other one out of her pocket. And, in probably the nicest sarcastic joke I have ever heard, merely says, “If it may help, I have the other one.”

Maybe I am missing something, but I want the scene of her “family” getting in trouble for treating her awful for years. I even want an investigation into how her father died! (Come on, aren’t we all a little suspicious of the stepmom???) I want Cinderella to declare, much like a diva from a 70’s disco song, that she has survived their torment and she has won out.

We don’t get that… instead we are off to the wedding and the movie ends.

I’m strangely becoming a scholar in princesses. While I do have issues with Cinderella, Sleeping Beauty seems to have even less of a personality.

I think my favorite is Tiana from The Princess and the Frog. A strong character, independent, with no desire to be a princess or be fawned over. She is going to do it her way, succeed on her own. What is also great about that film is her best friend, Charlotte, is almost given to us as a caricature of an old school princess, wanting nothing more than a prince to sweep her off her feet. An idea that Tiana would laugh at. Again, Tiana never had to be a princess… Well, she did to break the curse, but I mean more… oh, nevermind.

Jasmine from Aladdin is probably my second favorite, but it feels weird to have her try and seduce the bad guy in a children’s cartoon. Could it be one of the most inappropriate things in a Disney film? Possibly…

Honestly, I have yet to make up my mind around Tangled and the character of Repunzel. I enjoy the humor in the film, but so far I feel lukewarm around the character. My gut reaction is I kind of wish she didn’t need a thief to help her escape, she could have just used her hair as a rope, said goodbye to the friendly lizard, and left… chasing the lights on her own. Strong.

The thing I always wonder though, as I sit down to watch another film like this with my daughter (and my usually reluctant five-year old son) is what is the message we are giving to her with stories like this? I know I can’t point my finger solely at Disney; we have had fairy stories like this for generations. But they are the obvious target as my precious daughter goes to bed each night hugging her doll of Merida from Brave (that she calls her baby).

The one thing all princess stories have in common is they rise up in the end, becoming something more than what they were in the beginning. Yes, many times that is through a marriage, but for a few it is through strength, finding one’s voice, discovering some truth. That I appreciate, however you have to search for that point. It is not always spelled out so easily… at least not easily enough for a young mind to grasp. And I kind of wish that speech, that moment, was put in each of the films. The “Ah ha! Now I am strong because I did…” speech.

Sigh… What was that thing Cinderella sang about wishes?

Last week my little one got a haircut. It was a “Scout” cut again. For me, the dream survives.

Did I mention how awesome Tiana is?

If you liked reading my article, why not check out some of my published books? I’ve had four novels published in the last few years, the new A Jane Austen Daydream, Maximilian Standforth and the Case of the Dangerous Dare, My Problem With Doors and Megan. You can find them via my amazon.com author page here, or Doors and Megan as an eBook on Google eBooks here. Thanks for reading!

17 thoughts on “Taking on the Princesses. Me vs. My Two-Year Old Daughter’s Heroes”