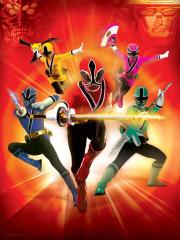 I am an entertainment parental snob. Which means, I am NOT about to just put anything on the TV to entertain my child like some parents do.

Yes, other parents I am silently judging you right now… OK, maybe not silently.

Oh, yes, there is a bar for me and children television, and I expect a show or movie to reach it; because, frankly, I want my kids to enter the world of the arts (books, movies, music, etc.) with an idea of what is aesthetically good and enriching, what is bad, and what is just generic noise. And, hopefully, in other words, I will have 12-year old kids someday who will consider books like Harry Potter over books like Twilight.

So even before my first child was born I had a list in my mind of starting points of what I was going to do my utmost to avoid; a partial list would include:

My eldest is four and a half, and I am proud to say that this was a battle I was winning. With my son watching PBS Kids shows in the morning and the occasional afternoon movie (usually Pixar or an episode of Batman: the Brave and the Bold or The Spectacular Spider-Man), I was really winning. I felt so successful that I was even starting to figure out what I was going to around my daughter and princesses in a few years (she is still only one so the battle lines have not been drawn yet… She can’t even hold a crayon really to draw a line, so it is early).

I was being cocky and, oh so arrogant.

Recently, at my son’s day care they were having a book fair and after agreeing to buy him one book, he declared he wanted one about the Power Rangers.

Power Rangers… the number five on my list above.

Power Rangers first emerged when I was a teenager and even then, I could see it for what it obviously was- a long TV commercial for a set of toys. From the bright color outfits, weapons, monsters, and animals that become robots (which is a serious rip off of Voltron, in my opinion; which I loved as a kid), it is a toy manufacturer’s checklist.

For me it is always about the story and in many ways the show is even more criminal with each episode based around the same formula, to the point a perceptive person has to wonder if there is really more than one script out there. But there have been more episodes made, a lot more. And now the show, for some unexplained reason, has been on the air for almost 20 years; and those Power Rangers have done everything from fight with dinosaurs, travel in space, travel in time, and have become ninjas, wizards, and, now, samurais… Great.

When I asked my son why he wanted that book of all of the books at the fair he could choose, he began a long and fast speech about how other kids at his school like it, they play as if they are the characters (my son being the red ranger), and he wants the book.

What could I say?

I promised he could have a book, because I am a cool dad, and he made his selection. Happily, I pointed out to myself he had chosen a stickerbook. A stickerbook! He would throw it away after the stickers were used up. It would end up in the trash, kind of where it belonged.

Then when we got home that day, he asked if he could watch the Power Rangers. When I tried to explain (lie) that I was certain it wasn’t on, he then began a long explanation about how he knew it was on then because his friends told him it was on after they got home from school (Yes, it was obvious to me my son was preparing for a conversation about the book and show. My little son was setting me up! I was impressed, proud, and a little annoyed all at once).

What I have learned over the years as one of the great universal truths (Sorry Jane Austen) is the more you say no to something the more interesting it is; this is true for both adults and kids. So I decided to bite this bullet; yet I would fight back with brainy stealth, I thought to myself. I would watch this first episode with him and talk to him about it afterwards… and maybe… maybe I might be able to repair this situation.

This is all sounded great in theory but stopped short after that. And each time I hinted that something we just watched was bad, he replied that it was great… and, honestly, was already pretending to be the red ranger, jumping around the room. Whatever weapon the show was using to win my kid, I could not fight against it, my logic was at a loss. Clearly, they have been preparing for this battle longer than I have been. And like the monsters in the show, I didn’t create a single injury; not on a ranger, not on a helpless citizen, and not on a single building. Lame, monster, lame.

Oh, Power Rangers, you are still as badly designed, badly acted, and badly written as I remember so many years ago. It is obvious to the trained idea that it is a show made on the cheap. I’d be surprised if the actors get a chance to do two or even three takes of a scene. If it is really this bad, I began to hope, maybe I wouldn’t have to worry at all; my son will see through this in time.

My son hasn’t seen through this yet.

Everyday since, he has asked to watch it when he came home. Luckily, I have a AT&T Uverse so I can bring up the show on OnDemand for him, because, frankly, what disturbed me more than the Power Rangers was Nickelodeon and advertising.

I liked Nick when I was a kid. I remember watching it a lot (I have fond memories of a young Alanis Morissette getting slimmed, which shows how old I am), and I am sure there were commercials. But it was never like this, I swear it wasn’t.

Every ad is loud, with fast visuals, and with hyper kids playing and shouting in every single one. If people want to know why there is a growing number of kids each year with Attention Deficit Disorder, I would recommend you watch thirty minutes of Nickelodeon, because I think I might have found the answer. I think, in just watching thirty minutes with my son I saw a dozen commercials, each more aggressively aimed at my child than the last… and “aggressive” is the best word I can use to describe the commercials.

And, of course, the ads included ones for the toys based on the show we were just watching. How convenient. So, yeah, I immediately started looking into options around turning Nick off. Nickelodeon should really be ashamed of itself for the amount of ads, and this is something I never thought I would have to say: Yes, there is something worse than simply airing Power Rangers.

This weekend, in a minor victory, I was able to avoid having my son watch the Power Rangers. We visited family and friends, we watched the occasional movie, and there was not a single zord in sight. It was a beautiful thing.

This Sunday night I was getting his bath ready. I was about to add the Elmo bath colors when I asked him what color he would like to use in the water. His reply, “Red… just like the red ranger who is the leader of the Power Rangers!”

2 thoughts on “Fighting the Power Rangers… and Losing”