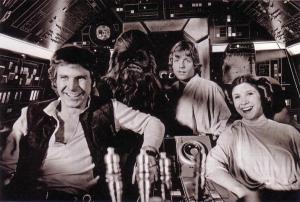 I saw the incredibly fun Solo over the weekend, so I thought it was time to update my Star Wars order.

This lists includes movies and TV shows. Honestly, if I was to include the books I would throw them all at the end… and then throw myself off a bridge.

(Seriously, can’t Han, Leia, and Luke have a break for a few years? They all must suffer from PTSD, those poor people. But just imagine the possibility— a serious grown-up novel about Han and Leia dealing with a baby, relationships and the stress of just normal living in a galaxy far, far away. That is a book I would love… but, no, something else has to be saved and we are all supposed to be on pins and needles. Will they make it Star Wars authors? Will they!?!)

The official Star War order of greatness, from best to worst: