Originally, I was planning to share five of my worst book reviews. It felt like a fun idea at first, but then I began to imagine what the author might feel if they find the post thanks to a tag or a search. When you put your heart into something, hearing that your art did not work… well… it sucks. And it’s not just a bad review, it would be part of a list of the worst reviews!

Frankly, a bad review can sting. On the flip side, I’ve been the target of a few as well. With sites like GoodReads and amazon, you get the full spectrum of readers and reviewers now. My only thing about a bad review is I want their argument to be clear and well-founded. “Because-I-say-so” is just not a strong argument why a book is worth leaving on the shelf. After one nasty review, I wrote a post on how to write a bad book review. You can check it out here- https://sdsouthard.com/2013/10/07/the-troll-under-the-bridge-how-to-write-a-good-bad-book-review/

So… instead of sharing a pile of nasty, I’m instead going to reshare this blogpost. It also appears in my book Me Stuff which you can find on Amazon (https://amzn.com/B00LEUKLUY). Enjoy! 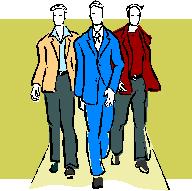 Before anyone gets overwhelmed by images of catwalks, raining money, national commercials, and maybe bulimia, this was all local stuff; the work was not even unionized. And, to be honest, even locally I was not very popular. My brother was the popular one. He even had an agent before me. He is six-years younger than me, did a lot of local theater and had cute long curly hair.  He played the camera, I stared dumbly at it.

So in a way, I was the twofer. “If you need an older brother for the cute kid, we have one ready for you!”

The first ad, I ever did was for a holiday commercial for Meijer. It was around GI Joe action figures, and for some reason they had me and this other boy dress…