While I appreciate Marvel and enjoy the movie empire of it (especially the Captain America films), my heart belongs with the 52 worlds of DC Comics. One of my dreams has always been to write a Captain Marvel film, for example. Granted, I know that will not happen (they are planning to make a film soon and, sadly, no one called me).

I remember the thrill of seeing Christopher Reeve fly. I saw Michael Keaton’s Batman three times in the theater. And I remember loving the Super Friends each Saturday morning. I still watch the DVDs with my kids!

Yet, as I sat there watching the latest DC film, it felt just off for me. Something was off the rails. It was as if the heart and joy of what I loved about DC was gone, replaced with a brute and hopeless vision of our world. This is a film that begins with imagery that feels like 9/11 and there is little humor in a world still living in terror. Maybe for the writer and director there is a deeper meaning in doing this with beloved characters, but for me it just left me feeling… removed. Maybe a better explanation is stranded, left behind by a comic book universe I felt very at home in.

Here are my four biggest gripes with this new film. I don’t know if it will change anything by me saying this in the big scheme of things, but I am certain I will feel better after. Much like a therapy session, I guess. So here we go… You, dear reader, are my psychologist. Sit back as I lay down my problems with the winged bat and the big boy scout’s latest film.

Jimmy Olsen in the comic books represents optimism. He is hope. He believes in Superman and doing good, even in the worst situations. Superman was his best bud and he had a special watch to call the man of tomorrow whenever he needed him. Superman always had his back, because he was a hero.

Of course in Snyder’s world he is nowhere to be found and poor Jimmy and his hope is killed coldly as Lois Lane looks on.

If I knew that was the case, I would never have taken my eight-year old son to this film. I would have stayed home and put on something more kid friendly for him. And it only got worse from there. Batman saved human traffickers; so I had to try and explain to my kid why those people were trapped in cages. Oh, and let’s not forget the blowing up of the Capitol and everyone inside… Or how about the little girl knowing her parents died in that destroyed building at the beginning. And my kid is still asking questions about Batman’s nightmare!

One thing after another, darker and darker. It’s the rabbit hole no Alice wants to fall down.

If this is the world of DC post-Frank Miller, I want to go back to the Neal Adams days. Superheroes should inspire and the world they inhabit should still have the potential for better days. I just don’t see that in this film universe. Darkseid can have it.

All I see is the potential for more death and more pain… for the audience and the characters.

Did I mention Jimmy Olsen???

Lex Luthor and the Missing Motive 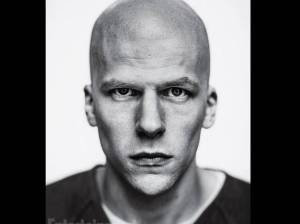 Why is it so difficult for movie writers to capture Lex Luthor on the big screen? Seriously, the cartoons have him figured out, why can’t the movies? It’s not as if he is that complicated. And our world is filled with thousands of Luthors to draw inspiration from.

Lex is greedy, he wants power. And he doesn’t care who gets hurt as long as he gets what he wants.

That is all you need to know.

All of his plans are so carefully outlined; and if he fails, he always has an out. No one will ever know he was behind it. He is an evil mastermind and the leader of the Legion of Doom for a freaking good reason!

But here is the thing, the more I think about this film the more I can’t even understand his motive in this movie! None of it makes sense. Is it just to ruin Superman? Then why do half of the stuff he does? And why would he ever send out Doomsday if it was so obviously created by him. Everyone and his grandmother would know Luthor was behind it! His plan is the farthest thing from foolproof, it is like a child welding a baseball bat in a glass factory. Who broke all this glass? The kid with the bat!

And exactly why did he blow up the Capitol? He had to know it wouldn’t impact Superman. He even killed Mercy, I can’t imagine any of the comic book versions of Lex doing that. She is his right arm, his muscle.

None of it makes sense. Trust me, I have tried to figure it out. It just left me with the sad realization we will have to wait for the fourth attempt on the big screen to get Luthor right. Hopefully, it will still be in my lifetime.

Bruce Wayne’s parents were killed. We all saw the scene. We all read the book. It’s part of our cultural makeup. And it inspires little Brucie to become the Batman, determined to make sure that no one else experiences the sadness that he did at the hands of a gunman.

So why exactly is Batman running around spraying bullets and twisting the necks of strangers?

Yes, Ben Affleck is a good Batman. I would say that I even liked some of his performance more than Christian Bale’s, but his Batman is not Batman. He is the Punisher with a cowl on. He even brands his victims, knowing that it would make their experience in prison a bit of Hell.

At one point in the film they imply that Luthor has been driving Batman crazy for years, turning him down this dark road. But it shouldn’t be this easy to turn Batman into a murderer! Even one death should have left him feeling broken… No, not broken; in killing someone, Batman would have lost his mission. He would have lost, becoming a bad guy. JUST like the guy who killed his parents.

So explain to me, why we are supposed to cheer on this Batman with a gun? Even the video games haven’t made this mistake and those games are dark too. Were the filmmakers even reading the same comic books I was growing up? 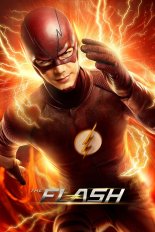 One of the biggest problems with this film happened before it even started on the big screen. It happened when they decided not to link this film with the wonderful DC Comics world we are experiencing on TV today.

And here is the kicker about this, the DC Universe on TV gets it right! It gets it so right, it would have helped steer the film in the right direction.

There is hope on the TV shows, people dream of better days on the TV, they have fun, and a hero is a hero.

As a fan, I’ve had two years to get to know the TV version of The Flash. I don’t care about the movie version. The only feeling I felt each time he appeared in the movie was, “That’s not The Flash.” Because he wasn’t, and DC and the CW went to a lot of trouble to build that perception in my mind. If I felt that way I’m sure others did as well.

It also left me feeling that the filmmakers were dismissing my love of the TV shows, making it out to be lesser than what they are doing.

The writing and acting on The Flash, Arrow, Legends of Tomorrow, and Supergirl excites me, inspires, and gets me to turn in each week. I don’t know if I will even consider watching the Justice League film since the energy is all wrong. (The fact I even wrote that last sentence depresses me, but it is true.)

There is one thing that the new film did right, and maybe it is because they just let it happen naturally.

They got Wonder Woman.

She is strong, different from us, and when she fights you can see that she is loving the battle. That just screamed powerful Amazon princess to me. I enjoyed every second she was on the screen.

Now my only hope is that when the Wonder Woman movie comes out next year I can take my little daughter to it. Of course, that hope is probably a lasso of false expectations. It will be dark, too dark for kids and I’ll have to explain to my daughter that while she has the toys and the shirts, she can’t see the movie.

And that right there is probably the biggest sin of the film and what we fans have done. We should’ve let these characters go when we grew up. We had no right to take them with us. They belong to the children. Superman used to inspire generations; now we want to see him as human, making mistakes like we do.

It’s all a mistake.

I guess in a way, I’m a Jimmy Olsen. I’m turning the knob on my watch again and again, signaling for help, looking to the sky, but the DC Universe I remember is nowhere to be found. Instead I am surrounded by violent thugs and there are no heroes in sight.

Captain America, where are you?

2 thoughts on “My Struggle to Like Batman V. Superman”