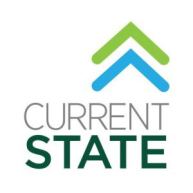 I was back on the radio today, this time taking on the latest literary fiction by noted author Sebastian Faulks, Where My Heart Used to Beat.

You can listen to my review here: http://wkar.org/post/book-review-sebastian-faulks-where-my-heart-used-beat

Book Review: Where My Heart Used to Beat

Is it possible to really understand another person? That’s a question that’s puzzled everyone from scientists to philosophers for centuries. But while understanding the motivations and feelings of the people around you can seem impossible, sometimes the hardest person to know is actually yourself.

That is definitely true for Robert Hendricks. He’s the main character in Sebastian Faulks’ new novel Where My Heart Used to Beat. Even he knows there is something missing from his solitary existence. Robert has been avoiding his past for most of his adult life. Whether it’s his time fighting in World War II, his lost love or his deceased parents, Robert seems to push away all of his painful memories. But in the end, his past will be the key to finding happiness again.

Faulks’ fantastic novel starts out in the 1980s when Robert is already in his sixties. There is little endearing about his very humdrum personality. Robert never really commits to friends or relationships. He keeps people at an arm’s length and solicits prostitutes just so he can feel something. Years seem to slip by him and even he is surprised at the older man he sees reflected in the mirror.

The funny thing is that Robert’s personal life is so different from his public persona. To the world, he is a groundbreaking psychiatrist and insightful writer. People seek out his books to help them navigate their own lives. Robert just doesn’t seem very good at taking his own advice. But then an invitation arrives that changes everything. Alexander Pereira is another famous psychiatrist. He is in his 90’s and looking for someone to carry on his life’s work. He believes Robert is that person and invites him to visit his home on a small French island. He doesn’t just choose Robert because of his reputation as a brilliant psychiatrist. He also has a personal connection to Robert’s family, having fought alongside his father who died during World War I.

When Robert finally arrives on the island, it isn’t quite what he expected. All Alexander can talk about is Robert’s own life. He gets Robert to open up like never before. The formerly closed off and aloof psychiatrist lays bare his memories of his love and adventures. It is then that the story starts to bloom into something interesting. We are transported to the battlefield scenes Robert experienced as a soldier during WWII. We follow him to Africa and the invasion of Italy in 1943. Faulks’ imagery is so vivid that you can almost smell the blood and mud permeating the air. While Robert is taking some time off after an injury, he meets a beautiful young woman named Luisa. While the injuries of war leave Robert with physical scars, it is the loss of Luisa that leaves the biggest mark on his life.

Where My Heart Used to Beat sometimes feels like a window into a private therapy session. As Robert reveals more of himself to Alexander, he starts to experience and enjoy his life for the first time in years. He finds meaning outside of himself by reaching out to other struggling veterans. The word I kept thinking of while reading this book was fragile. The traumatic events of his past have broken Robert into pieces. But, like Alexander Pereira, I found it so satisfying to put the puzzle of Robert Hendricks back together.