You always got the feeling that Julian Fellowes was winging it with Downton Abbey.

Oh, for the first season and the spectacular second season he knew exactly what he was aiming for and doing (I’ve written about the show a few times on this site, like here), but for all the years after that there was this general feeling (at least for me) of someone improving on a world stage. (“Do you like this? No? Maybe this? Okay, we’ll do this for a bit.”) And whenever he hits a roadblock, he jumps forward in time; like a reset button.

I’ve been watching the new season and while I felt everything after the second season was pretty weak, this final year is just… okay, I have to say, boring and lazy.

There. I said it. And I feel so better afterwards. Is Fellows so done with his juggernaut that he just wants it over? There is no real action or point so far to the season. He erases major plot points with a simple conversation (this is where the lazy bit comes in, things just happen and life moves on), and nothing really seems to move forward. Soap operas are not this bad. In a way, the show has almost become a parody of itself.

There are things I will always like about Downton Abbey (some of the characters, the period it is taking part) and things I will never understand (the series has jumped forward about 20 years since it’s beginning and no one has freaking aged!), but at least, for all its faults, it was in the hands of Fellows and he is a really good screenwriter.

Now, I just see him as a good screenwriter who is very tired. A lot of fans are going to be very disappointed. I hate to say it, but it’s true. Maybe the second half of the final season will erase my concerns, but right now I see it going out with something less than a grand whimper- a reluctant shrug.

Okay, onto five things I am actually enjoying right now.

I’ve played all of the Batman Arkham games; I even played the little versions I can put on my iPhone. In many ways, they tap more into how I like to picture Batman; a world of crazed villains, a city in distress, and only Batman can take it on. Yes, they can get dark, but not as dark as some of the other Batman stuff out there.

Sure, the cartoon Batman: Brave and the Bold is fun (and I miss it), the original animated series was great. I even liked 2/3 of the Nolan Batman films, but in the game I get to be Batman. There is just one snag with this new game. Just one little snag that only the creators seem to like… the Batmobile.

Usually, when I play these games I start on normal, maybe move up to hard if I feel confident, but I have to play this game on easy because of that four-wheeled mess of a Batmobile. I’m sure it sounded great in planning meetings. “People will love to drive the Batmobile! Let’s see all it can do!” Great, in freaking theory. But it is laborious, frustrating and just feels like an added burden. And, again, don’t get me started on the fact I am playing this on easy. Argh!

Yet, there is this moment in all the Batman games, where you are standing on the edge of a building, looking down at 12 enemies that you need to take out one at a time silently and… life is good as Mr. Wayne.

I’ve been a fan of John Irving since I was a teenager. John Irving for me, when I first discovered him, felt so dangerous. There I was, 15 and reading about adult problems (and sex, don’t forget the sex) and struggles. It was exciting. I was so in awe of a A Prayer for Owen Meany, I bought 15 copies of it and gave it to all of my friends for one Christmas.

The last few novels really didn’t do it for me, sadly. The problems started around A Widow for a Year and just grew. It was almost like he wasn’t spending as much time with his stories and characters as he used to and I could see it.

Thanks to my book reviews on WKAR, I got my hands on Irving’s new book before its release and I’m really enjoying it. It is in many ways definitely an Irving book with a main character who is a writer, a circus, and that very distinctive writing voice of his (so far no bears, New England and wrestling… but that still might come up). Also, he is taking on a different culture kind of like what he did with A Son of the Circus, but instead of India he is giving us Mexico.

In many ways, he is borrowing from some of the literature of South America, even hints of magical realism and religious themes (from his unique Irving slant). I look forward to hearing what readers think of this book after it comes out. I’m really digging it.

I get it. I’m just one of a billion other souls excited about this move coming out. But yesterday, when I bought tickets to go see the film with my seven-year old son, I admit I got teary eyed.

One of my first memories ever was seeing the first movie in the theater. I remember R2 on the screen and the heads of the people sitting in front of me. Yes, I felt burned by the prequels in many ways (and I’m a little embarrassed to admit how many times I watched The Phantom Menace trying to figure out if there was something I was missing in it), but this new film, it feels right.

And the fact I can have that moment, with my own son by my side. Wow. 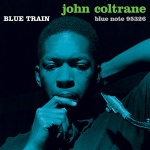 When I was a teenager, I would go to sleep each night listening to jazz solos. I thought then that it could work like a musical osmosis. I would wake up a better musician, a soloist for the ages. The three saxophonists I would listen to each night would be Charlie Parker, Branford Marsalis (he has an amazing tone on his soprano) and John Coltrane.

Recently, I’ve begun listening a lot again to Coltrane. To be honest, he really doesn’t leave my shuffle on my players, it’s just that there are moments when I find something in his message that mean more in the now (if that makes sense). And right now it is all about Blue Train. For some reason, right from the first few notes, it feels like a home. If you don’t know the genius of this album, give it a listen here on youtube. You want an insight into what it’s like in my head right now, this is the best place. Press play.

For some reason the music also stirs a memory in me. I’m flying home from Los Angeles and that first track was playing on the airline’s jazz station. Granted, this was years and years after I gave up my saxophone dreams, but it made me smile each time it came up during that long flight.

I love this show. I’ve watched the first season so far and, yes, everyone talks about Tatiana Maslany and she is amazing (I want to see her do Hamlet, not just the lead but ALL of the characters… at the same time), but I am all over the writing on this show.

Orphan Black could be a course on character development for television. Each character begins as one thing, and slowly grows in our eyes into something else. Each step is realistic and grounded. There are also moments when the writers combine plot points and characters that would overwhelm some scenes, but it is done so masterfully. It may seem strange to say it, but the feeling I get watching it is like what I felt watching the recent Battlestar Galactica, when you could tell you were experiencing a story overseen by a master who knows exactly where the story is going. In other words, the journey and the destination are clear.

Hmmm… in many ways exactly unlike the final season of Downton Abbey. (You see what I did there? I went back to the beginning of the post creating a circle and… nevermind.)