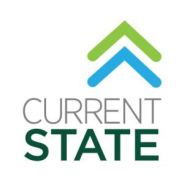 Next week is Banned Books Week, so today on WKAR’s Current State I took on one of the most banned books in American Literature, The Catcher in the Rye by J.D. Salinger.

You can listen to my new review here: http://wkar.org/post/book-review-jd-salingers-catcher-rye

If you want to check out my other book reviews for WKAR’s Current State, you can do so via links on this page.

Book Review: The Catcher in the Rye by J.D. Salinger 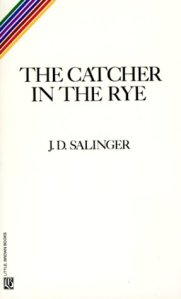 There are few books in American literature as controversial as The Catcher in the Rye by J.D. Salinger.  It has been linked to the assassination attempt on President Reagan and the killing of John Lennon, supposedly inspiring those troubled readers in their unspeakable tasks. The novel has become more than a novel, it’s become its own literary device. Whenever you see a character in another story or even a movie reading it, you can’t help but think that something bad is going to happen. Recently, I read the Judy Blume novel In the Unlikely Event. In that work, a character is given a copy of the book and along with it, a sense of eerie foreboding.

Time Magazine listed Salinger’s most famous work as the number four most banned book in the United States. People who are critical of the book being taught in school point to the work’s language and questionable morals. This year for Banned Books Week, the trick for me was forgetting that controversial history and just focusing on the story itself. At its heart, Catcher in the Rye is a tragic and personal story about a young man just trying to figure out the world around him and his place in it. It’s feelings about humanity, its desire for meaning and purpose are all things we readers can relate to.

Holden Caulfield is a lonely teenager who has just been expelled from an elite, East Coast prep school. The book’s timeline spans only three days. Holden spends that time wandering around New York City, just begging for someone to really listen to him. And since no one does, he sees everyone as phonies, people that are really not quite human. And that’s it. There not much plot beyond that. Everyone disappoints Holden, from favorite teachers that never seem to say the right thing, the mentor who makes an advance on him, and friends who just don’t get him. He never finds the love he is hoping for or finds any reason to believe in humanity.

What makes this book dangerous is not its history or hidden intentions. It’s the fact that it taps into the part of our psyche that we all share from time to time. Those moments when we look around the world and think everything is ridiculous, phony and worth hating. Whether it comes from typical teenage angst or simply watching reality television, we all sometimes wonder…does anything really matter? The Catcher in the Rye struggles with the dark thought that maybe everything is fake and meaningless. Most authors would consider such a psychological premise like that for a short story, but Salinger stretches it out over 200 pages, diving deeper and deeper into Holden’s spiritual downward spiral.

The difference between Holden and the people that find inspiration in its nihilistic philosophy is that Holden does find some kind of meaning in the world. Those three days are his exorcism, pushing his pessimistic view of humanity out. In the end, Holden breaks through his angst, finding inspiration in the innocence of his beloved sister stuck on a carousal during a rainstorm. It’s sad that this moment of redemption gets far less attention than the morose tone of the rest of the book. In the end, Holden doesn’t give up on the world, and maybe that is Salinger’s true message. And that’s not so controversial, is it?

5 thoughts on “New WKAR Book Review: J.D. Salinger’s The Catcher in the Rye”