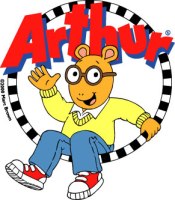 I like to think of myself as a connoisseur around a few highly important topics.

Certain books and authors, sure. The Beatles, definitely. Classic jazz, I’ve taken the classes. Nerd films like Star Wars? I have three lightsabers in my house, thank you very much.

But here is the thing- over the last few years I feel like I’ve added a new one to my list.

Yes, I am now an expert on PBS Kids and I feel I have the power (nah, not just the power, but the knowledge) to back it up, to say what is working and what is not on the lineup of shows PBS gives to our little ones.

There are the shows I love (Wild Kratts [which I wrote an entire post about here], The Odd Squad, Word Girl, and Daniel Tiger [a post here]); there are shows I like (Curious George, Peep and the Big Wide World); there are shows I think that need a lot of help (Sesame Street, I’ve written a few posts about them, but I would like the writers to stop and consider this: parodies don’t work when the audience doesn’t know the reference; all you are doing is negatively impacted their future enjoyment of the work being parodied- mind blown, eh?); and finally shows I think are awful (Clifford and Caillou). I’ve seen them all. I’ve been to the mountain, climbed it and returned with my tale.

Yet, there is one show I truly cannot put my finger on. My opinion changes every time I watch it. Sometimes I feel love for it (real love), and others I shake my head wondering what the writers were thinking.

It’s like leftover night for dinner, when sometimes things taste great and other times you just wish you ordered pizza.

I’m talking about Arthur, based on the books by Marc Brown, one of the great mainstays of PBS Kids, airing now for over 20 years. A show that has grown so vast since it started—with characters, subplots, etc.—that an encyclopedia around the world would not be unheard of. That is the show Arthur, and honestly, I have no idea how I feel about the residents of Elwood City.

Yes, It is my television broccoli.

What I Love About It

Since my kids have started watching the show (and myself as well), I have loved how it has taken on contemporary issues. For example, a few winters ago we were hit by a massive snowstorm; well the little town Elwood City got hit too, with many of the characters sharing the same experiences and fears my kids did during the show. That was amazing. I would have hugged the writers for that episode.

The writers also share a love of literature with me (especially children’s literature). They aren’t afraid through the show to say what is right and what is wrong in the publishing world. A great example of this is when the show took on the American Girls market. I’m sure you have seen these. They are expensive dolls that are linked to a book capturing a period in history, a story about the doll you are holding. Well, on the show they took on this franchise in their version called “World Girls” and they did not hold back. Even mocking the bad writing in the books and the historical inaccuracies.

It was brutal, a little mean, and well-deserved. I couldn’t stop smiling.

They have also had discussion about how it is okay to have different opinions (like when Buster and the Brain both decided to be film critics) and it is fun to experiment in the arts (when Binky Barnes was composing music). Those are just two, but we are talking about a show that has been on for twenty years. The fact is the writers and I are on the same page on much of our  views of the arts.

Oh, and when the class was on a TV show, just like the real children that appear on  Arthur between the segments, and sounded ridiculous as well. That was hilarious and awesome.

Why do all siblings fight?

I have two little kids, ages 4 and 7. In many ways the right ages for Arthur, but in some ways Arthur is not right for them.

I’m not saying my kids are perfect (they are a little to be honest), but before watching the show they certainly would play great together. No arguing unless they were tired, never any fighting. Then they started watching Arthur in the morning and some of their vocabulary shifted. It was like the TV gave them an okay to have at it. The bell that started the boxing match.

Yes, I am saying Arthur taught my kids how to argue with each other.

For every sibling unit in the show doesn’t get along. And many times they say and do mean things to each other until the end of the episode where things are, of course, finally resolved. That is nice and all, but it doesn’t dismiss from a kid’s mind everything they saw up to that point. AND this is the world of television where they will be back to arguing by the start of the next episode.

Now, I truly think the writer and creators think they are doing something good with the relationship of D.W. and Arthur. Maybe they are for families that are already having those issues, but for mine, it opened a can of worms and I am not certain if I can ever put the worms back.

It would have been great if they gave an example to aim for (and the benefits for that relationship) as compared to the continuous arguments. But that won’t happen on any show, stories need conflicts.

Arthur really tries hard to fight stereotypes (a big motive in many episodes is getting to know people, beyond what you think of them initially), but they don’t always win the battle.

Let me give you Exhibit 1. Her name is Muffy.

Muffy is a rich and spoiled child with a servant at her beck and call. She also has a knack for ordering others around her, including her friends. I’m sure the writers spend their time laughing about this character and wondering what they can do to her next. The problem is she really never does learn. Oh, she might learn something by the end of an episode (like my issue with siblings above), but by the start of the next episode she is back to being a stereotype to mock.

There are a few stereotypes on the show, another example being a Ladonna Compson. She had moved to Elwood from Louisiana, but you wouldn’t need me to explain that if you ever heard a minute of her on the show, as she talks about crabs and her large extended family. It is pretty embarrassing.

Arthur Read is an aardvark.

Have you seen an aardvark? I don’t want to sound like a snob, but Arthur looks nothing like an aardvark. And why even have him be classified as an aardvark, if the traits of the animal are not even along with the character? I mean, the Wild Kratts become the animals on their show and then teach you about them. This almost feels like the opposite. Arthur is an aardvark and puts on glasses and clothes, teaching you what it means to be human.

I know, I know… this is petty of me, but the animal thing really bothers me. Why are some animals people and why are some not? They have a pet dog AND there are characters that are poodles walking around in clothes. It doesn’t make sense!

And what about the fact that they are all the same size? Heck, their teacher is a rat and he is taller than the kids!

I need to get a grip, I get that. I truly do. But this doesn’t make sense to me… Oh and consider this! They have hair!

No, seriously stop and think about that, they have fur and then a haircut over it! Have you ever seen that in nature?

Okay, I need to let this go… It’s just a show, Scott, just a show. Focus on the positive… Hair!

Buster is awesome, even if he still sucks his thumb from time to time. And while I think Binky can be a jerk, I think he has some really nice moments. I also wish I had a teacher like Mr. Ratburn when I was growing up.

Frankly, I can’t help stopping each morning to watch part of Arthur with my kids. It is a kind of addicting. There is something a little wonderful and safe about the little town of Elwood City. Yeah, I would like to visit there, walk around with my own kids, and stop at the Sugar Bowl.

So maybe that is thing with Arthur. Like life, it is not perfect, nor does it try to be. It has quirks good and bad, it tries to give messages and sometimes they work, and sometimes they don’t. It just is… and chances are, I bet it will be on the air long after my kids are grown.

But… could they at least change the theme song?