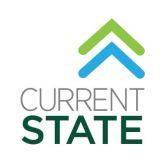 Recently on WKAR’s Current State, I reviewed the new novel by Michele Young-Stone. It is called Above Us Only Sky and is filled with Beatles references. Actually, my review is filled with them too.

You can listen to my review here: http://wkar.org/post/book-review-michele-young-stones-above-us-only-sky

You can find the novel on Amazon.com here. If you want to check out my other book reviews for WKAR’s Current State, you can do so via links on this page.

Book Review: Above Us Only Sky by Michele Young-Stone

Writers are constantly drawing inspiration from the world around them. A story idea can come from almost anywhere: a painting, a historical event, or even other books. Michele Young-Stone’s latest novel draws its inspiration from musicians, specifically John, Paul, George and Ringo.

The book’s title, Above Us Only Sky, is taken from a line of Lennon’s powerful and classic song “Imagine.”  The main character is Prudence Eleanor Vilkas, a young Lithuanian girl whose name and life are intertwined with Beatles lore. Her name is inspired by two of their songs and her parents break up on the day John Lennon is assassinated. Paul McCartney’s band from the 70s even gets a nod, with Wings playing an important part in Prudence’s family history.

The novel follows the lives of the Vilkas family over the last century, including their struggles while Lithuania is under the rule first of Nazi Germany and then the Soviet Union. Many of those years are dark times for the Vilkases and Lithuania, with the threat of murder, rape and torture always looming over them. By the time Prudence is growing up, the family has relocated to America, but each of the members of her family still carries the burden of their horrific past.

Everyone in her family sees Prudence as special. Not just because she’s the only daughter, but also because she happened to be born with wings. She wasn’t the first in her family to be born with them, her aunt Daina also has them. But unlike her aunt, Prudence has only the scars on her back to remind her, since her wings were removed at birth by doctors who thought they were a birth defect. Prudence can still feel the wings, though, hidden under her skin and just waiting to burst free. It is a secret she keeps until she meets a boy named Wheaton, who has the ability to see her ghost wings. He finds inspiration for his own art in them and their unique friendship becomes one of the central relationships of the book.

Quotes peppered throughout the novel emphasize how special this story is to Young-Stone. She even goes a little overboard, ending the book with an entire poem by Emily Dickinson. While her motive may have been to add some literary cred to the work, she sets the bar pretty high by including the likes of Dickinson and The Beatles. Sadly, Above Us Only Sky just doesn’t have the wing power to make it over that bar.

The biggest disappointment for me is the novel’s characters. Some feel cartoonish, while others seem to jump all over in personality and mood. Even Prudence and Wheaton are lackluster and gloomy, and in the end have very little to  do since most of the action occurs before they were even born. Nothing seems to pay off. In the end, even the wings and their magical realism just kind of hang around, much like Linda McCartney did during Paul’s tenure in Wings.

But even if these issues were resolved, Above Us Only Sky still would have been a difficult read. The writing made me feel like I was reading an early draft of a bigger, grander novel to come. It would jump from past to present tense and from first to third person for no clear reason, sometimes in the same paragraph. Young-Stone might have felt inspired by The Beatles, but the only song of theirs I had running through my head was “Help.”

Hey! Yeah, you! Did you know my new novel Permanent Spring Showers is currently on sale? Published by 5 Prince, Permanent Spring Showers is a work of literary fiction and is available for the outrageously low price of $1.99! You can grab it for the Kindle, the NOOK, or whatever eReader you use. You can learn more about the book, find purchase links, and check out excerpts on this page on my site. Cheer!