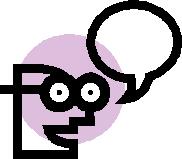 We live in a very fast world.

The days of quietly sitting and putting all your focus solely on the words in front of you are gone. Books are not even always on paper anymore! We might listen to music while we read, have conversations, text message, the TV might be on, etc. And then consider how we read things on the internet?

We are a pack of skimmers now. We skim articles, skim status updates, skim blogposts (Hello!), etc. Skim, skim, skim, SKIM! Yes, we might get the gist of what a writer is trying to say through that quick glance, and maybe that is enough, but we are just not consuming the words like we once did.

So, as storytellers, one of our new challenges is to fight to keep the attention on the page… or screen… or whatever.

We need to fight the distractions of television, movies, the internet, video games, and, well, life, getting our readers from page one to the last page with as few distracting hiccups as possible. Which brings me to my little controversial writing thought for the day…

Have we (readers and writers) outgrown “said”?

In screenplays and plays, writers are given the opportunity to “direct” or “imply” how a line of dialogue should be said by the actor. You will usually see those little directions in parenthesis by a character’s name. Yet, we novelists are told again and again that the dialogue should speak for itself and “said” should be enough. But is that really fair?

“If the dialogue could possibly be misinterpreted by the reader, you should rewrite it,” a creative writing professor might reply.

Which of those three seemed the least interesting to you as a reader?

The dialogue didn’t change, just the attributive and in doing so a scene was created and you (like the actor with the script) know exactly how that dialogue was spoken. No question. Without the more creative attributive, a lot of Sam and the scene would have had to rely on the reader through character development, descriptions and the intensity of the duck.

Now I’m not saying that character development and descriptions aren’t needed. Heaven forbid! I’m just saying that by going that extra step you have helped your scene be exactly as you wanted it to be on the page. No question. And there is no way that today’s fast reader missed what you were implying at that moment.

Say, you have a male character that you want readers to think of as a big pitbull. You gave him a physical appearance like one, you described him as one (you probably even used the word “pitbull” in that description). You might even have given him a good pitbull name like “Butch.”

Come on, you would have named him Butch, right?

So let’s say he is having a conversation and instead of using “said” you used “barked”?

Yes, I know, I know. A hundred creative writing teachers are planning to yell at me. I get that. “Said” should be enough and people don’t “bark.” But by playfully changing “said” to “bark,” it would remind the reader of his character traits and add a level of intensity to his dialogue.

I don’t know about you, but I would be a thousand feet from that duck. “Said” couldn’t do that.

Some might argue that it is directing the reader too much. Heck, even Grammar Girl in this post (written by Sal Glynn) argued that:

Many writers try to think for the reader by replacing “said”…

I’m a big fan of the site Grammar Girl and go to it for a quick check from time to time through the day, but a writer owns the story, not the reader. Technically, isn’t the entire book the writer thinking for the reader already? The story was started by them. Every word was chosen by the author, the tale wouldn’t exist without the writer.

Why should there be a debate in book clubs on what a character meant when he said something? Especially if this can be solved by the author with the change of one simple word?

If the screenwriter has that capability why does the novelist (who has more power and possibility than any other writing medium to do anything in a story) be limited?  Can’t I make my characters snort, growl, laugh, whimper, whisper, note, state, and even grimace a line of dialogue?

Why must I be stuck with “said”? The fact that this is how it has always been done doesn’t feel like enough of an answer.

The English language is a living and breathing entity.

It is continuously changing, adapting and growing. Every year new words are added to our dictionaries. And, as I always like to point out to people, if the English language wasn’t in flux (with numerous different ways to say the exact same thing), The Gregg Reference Manual wouldn’t need to be over 700 pages long… and have 11 editions.

What I am stating here is controversial, I get that. And there are going to be a lot of opinions about it. I think that is a very good thing.

Let me end with this,  I would argue that a writer shouldn’t do this with every line of dialogue. It can be too colorful or cartoonish if every line is controlled (with or without ducks). But, from time to time, it could be just that hint to help propel a moment forward or remind a reader of a character or an important point. It’s something to consider, right? Right?

Sadly, I just don’t think there is much possibility in the word “said” anymore. Or is this me simply quacking the obvious?