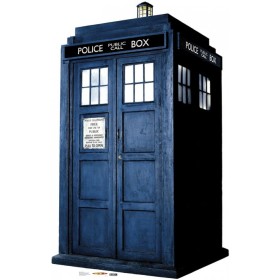 Let me begin by saying my wife is rightfully a little annoyed with me. I almost ruined a family tradition.

She is a teacher, and during her summer break we like to have themes for our TV watching. For example, last summer was the WA summer (which meant we watched nothing but Wes Anderson and Woody Allen films); the summer before that was Agatha Christie (David Suchet is a genius!); and before that- Charles Dickens.

For this summer it was to be the summer of the Doctor. Yes, Doctor Who, and I am talking just about the new series run of Doctor Who, starting with the 9th Doctor.

For years, we have had friends recommending we take on the series. And we even had tried before, watching random episodes to see what we think (we both had nightmares because of “Blink”), but it was not something we had taken serious… until this scheduled summer. Summer 2013- the summer of the Doctor.

Yes, that was the plan- starting with episode 1 and taking on each and every one of them together… Well… Until I very selfishly ruined it.

Last Fall I was busy with my writing and I needed something to help me unwind in the evening, turn my brain off, and once I discovered I could have Netflix as an app on my iPhone, all bets were off.  For there were all of the episodes of the new Doctor Who, just waiting for me… calling for me, beckoning me forward. It was time for an adventure…

I was addicted quickly, and by Christmas I was caught up to the rest of the world. I even wrote a post about my love of the show on the site here. And when we went to our friends’ for New Year’s (the same friends who recommended the series), I played with their children’s stuffed Dalek toy while discussing favorite moments as my poor wife listened in.

Now everything though is about to change. My wife no longer has to look at my TARDIS cookie jar with only an idea of what it represents, now she is in it like the rest of the world (the TARDIS, not the cookie jar). And I thought it would be fun to collect our thoughts on the viewing as we move forward.

My Thoughts: This is the year I was nervous about.

The special effects were not up to snuff yet, the soundtrack sounded like something I could make on a synthesizer, and Russell T. Davis was still getting his motor running on how to write the show, making the quality of the episodes feel disjointed. (Seriously, are farting aliens that funny? Did I miss something?) Christopher Eccleston (doctor 9) also appeared very unhappy in the role, or possibly just miscast. Not really hitting his stride until the end, maybe when he could see his own end date approaching.

Watching series 1 again, it is definitely the weakest of the show, including some very unnecessary gimmicks like The Weakest Link and Big Brother in the future (what a horrendous thought).

Yet, there are some great highlights in it. For me during my initial watching it was the introduction of Charles Dickens (episode 3) that truly gave me the spark that there was something special going on here. Then there was the two-parter by Steven Moffat, entitled “The Empty Child” and “The Doctor Dances,” and I was obsessed. This time, rewatching those two episodes felt a lot more emotional. And I do admit I did tear up when she declared that, yes, she was his mummy.

On a side note, I enjoyed some of Torchwood, but Captain Jack is always lot more fun on Doctor Who. I hope they find a reason to bring him on the show again.

My Wife’s Thoughts: This is what the misses had to say- Had we not seen a couple of random episodes before, I doubt I would have made it past the first episode. In the beginning of the series, I couldn’t decide how I felt about the characters, or maybe the actors.

In general, I am not a science fiction fan, I sometimes have a hard time suspending disbelief. Frankly, the beginning of this series did not make me understand what all the fuss is about.

Yet we made it and by the end of series 1, I was hooked. It is just plain fun.

My Thoughts:  Right from his first appearance (at the end of Series 1) it is obvious that the character of the Doctor is in good hands with David Tennant. I had seen him in other roles before but there is something about his performance as the Doctor that is so fun, so full of energy, and so over the top. And with David onboard, Russell seems to really shine in his writing, creating and building upon the soap opera around the characters and their adventures.

I can see why so many people view this as their favorite season, from the wonderfully romantic and powerful “The Girl in the Fireplace” to the hilarious “Love & Monsters.” This series definitely shows the capability for the breadth of what Doctor Who can be.

I wish I could tell viewers just to start with this run, but it would be unfair to some of the big moments in the first series. Also, one of the fun things about Doctor Who are the references to previous installments, making us all feel like we are in on the same really wonderful joke.

My Wife’s Thoughts: When I asked my wife for her initial thoughts the first thing she wrote was: I love David Tennant.

Okay, I am not too jealous of that, but she seemed to have a list of things she loved- I love Mickey, Tin Dog or not. I might event love Daleks. See….hooked.

Truth is, all of the characters have grown on me and the show isn’t just fun for the kitsch, it is fun for the relationships, the quandries, and the repeat humor. David Tennant has the right chemistry of depth and cheek. He is fun, funny, eclectic, and oh so fun to watch. His presence seems to have raised the game of the others involved and now I am fully drawn in.

Yeah, she seems to dig David… a lot… okay.

I know to correct your spelling of Tennant. I now have two Dr. Who t-shirts and a TARDIS-blue front door. I don’t roll my eyes at your sonic-screwdriver key chain, and the sound of the TARDIS cookie jar makes me smile and look forward to putting the kids in bed so we can start a new episode.

Final Thoughts on Series 1 and 2

At the end of series 2, when Rose is making her big emotional departure, my wife started crying. Through her tears she turned to me and said very seriously: Apparently, I am very sad about this.

If you liked reading my article, why not check out some of my published books? I’ve had four novels published in the last few years, the new A Jane Austen Daydream, Maximilian Standforth and the Case of the Dangerous Dare, My Problem With Doors and Megan. You can find them via my amazon.com author page here, or Doors and Megan as an eBook on Google eBooks here. Thanks for reading!

12 thoughts on “The Summer of the Doctor: Introducing My Wife to Doctor Who (Series 1 & 2)”