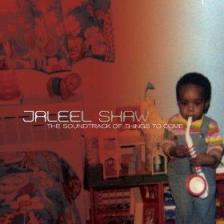 I live vicariously through Jaleel Shaw.

Before I fell completely into the pool of being an author, for a time I dipped my toe in jazz.

I don’t know why I was so drawn to playing saxophone, but there was something that took my breath away immediately with it (not always a good thing to have happen while playing a reed instrument, by the way). A sax can convey so much, with the power to move you to tears or to get you to your feet to cheer. Two things I have seen happen live, but honestly never when I was performing.

For almost a decade it was an obsession, and not an evening would go by when I wasn’t at a lesson, taking part in a rehearsal, or practicing up in my bedroom. Because, I believed, with enough practice, yes, I could sound like Charlie Parker.

It was a happy dream, and I felt like I was doing something important while under it.

Looking back now, I can almost laugh at my passion around it, but for years, I would fall asleep each night with Bird and Branford Marsalis playing on repeat on my CD player; certain I could get their chops through a form of musical osmosis.

A few years ago I decided to sell my soprano saxophone. I was doing it through guilt. A guilt I felt each time I saw it sitting in my closet waiting, always waiting.

It was a great horn, probably one of the best ever made, and it deserved better; frankly, it wasn’t fair for it to be stuck with me!  It was like a relationship between two people that know it is not working anymore but just don’t want to be the first to admit it: “I’m sorry, Soprano… It’s not you, it’s me…”

When I was a sophomore or so in college (I actually got into college on a jazz scholarship, but that was the extent of my accomplishments while there), I realized I had reached my wall. This was the farthest I could go as a player, seeing quite clearly my limitations; when one too many solos were starting to sound the same. And while I could see an ending there, my life as a writer was jumping forward, inspired by college courses and the support of English professors.

It was an easy leap for me artistically. And since then my soprano and alto both began to gather dust.

Anyway, I put up a few ads on some sites, and even posted on a fan page for my make of saxophone (I said it was a great horn, right?). The response was a little overwhelming, and I weeded my way through e-mails (a majority being from spoiled high schoolers, if you can believe it), until I found one e-mail that stopped me cold.

It was from Jaleel Shaw.

And before I got a few sentences into the e-mail… well… he had me when he mentioned the Mingus Big Band.

Since shipping my old horn out to him, I’ve watched Jaleel Shaw from a distance, following him on Twitter and Facebook. If I wasn’t a dad with two young kids I probably would have seen him perform twice in the last year. And I keep an eye on his calendar, looking for that chance in the future. A talent like that demands that kind of attention.

Jaleel Shaw lives the life of a popular jazz artist, and rightly so. He is an amazing performer, and in just the time I’ve been following he has performed around the world with luminaries such as jazz royalty Roy Haynes or as part of his own band.

His updates are a who’s who of jazz, venues, and history.  And each time I read one, I am in awe and then immediately wondering if my old horn is right there with him, experiencing the adventure, the dream.

I began this post saying I live vicariously through him…. Well, a part of me truly does; that teenage part that dreamed of a life of a jazz artist.

Of course, the part of me that is an adult now just digs his music a lot.

Jaleel Shaw has become one of my two favorite living saxophonists; the other being Sonny Rollins (who I was going to be seeing in concert this May, but the performance was sadly canceled due to health reasons). Shaw reminds me of “Cannonball” Adderley, but with more passion, more expression.

His new CD “The Soundtrack of Things to Come” (which you can find on amazon here) feels in many ways to me like a collection of short stories, with a theme bringing the collection to a whole. (There is the writer in me speaking again.) It’s not as aggressive a telling as John Coltrane’s “Love Supreme,” but Jaleel also has something to say, he is just not overwhelming you with the message of it. He is taking you along, not pushing you.

Titling his CD with the word “soundtrack” feels right, since I can easily imagine the “visual” that goes along with each song. And like a filmmaker projecting a picture, he is sharing something special with us on our own imagined screen.

This is an important jazz album.

I’m not a music scholar, nor do I pretend to be one.

I’m a fan of the genre, with cases upon cases filled with jazz CDs spanning from the early days to the present. And I would argue to any author that they should be a fan as well.

Why do I think all creative writers need to appreciate jazz? Because in my perspective, jazz is a brother to creative writing, both tapping into that part of the brain that dares to see beyond the norm, beyond what has been done before; taking the past (melody) and always building, building on it until something new emerges.

When I recently wrote on the experience of writing my “real-time” novel, Permanent Spring Showers (a book that I was making up from week to week on my site), I compared it to jazz improvisation. I entitled that post (maybe arrogantly) “Be John Coltrane.”

Creativity thrives in jazz, and, unlike all other musical genres, when you attend a jazz concert you have no idea what you will experience and neither does the artist. Through the performance a moment is created that only the people in the audience, and those on the stage will share.

That is imagination magic right there at its most pure!

…and Jaleel Shaw is one of the best wizards working today.

5 thoughts on “Finding the Soundtrack of Jaleel Shaw”