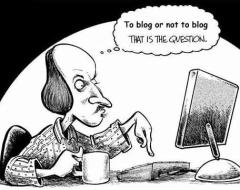 Everything feels very influx right now in my life.

I’m busy working on two books for publication (A Jane Austen Daydream and Maximilian Standforth and the Case of the Dangerous Dare), and I have had to put my new book (Permanent Spring Showers) on the sideline; which is not a bad thing. I have found the more time I have between a first draft and a second, the more “clear-headed” when I return to the manuscript. See, I don’t want to be the dude happy for finishing a new book; I want to be the editor ready to question everything that previous dude did.

So do I have time to be into anything? No, not really. Remember how last month I listed a video game I looked forward to playing? I put a whole record thirty minutes into it so far.

But this is not a bad thing! I am really enjoying my life right now, and I couldn’t be happier with where my writing is going. So… what else? Oh, did I mention I want a new tattoo? I already have one–a quote from the Beatles– but this time I am thinking of a line from Shakespeare lower down on my arm. Yeah, I’m Scott, cool dude writer guy…

Oh, how I have missed these guys! Their new CD The Sound of the Life of the Mind (here) has been out for quite a few months now, but I was so into writing my new novel (which demanded Fiona Apple 24/7 for some reason), but in editing BFF has returned to my life like old friends. I’ve always loved this band and each of their CDs mean something to me. Their first CD (self-titled) still makes me jump to my feet, feeling the energy of their performances to their last (The Unauthorized Biography…) which still moves me emotionally.

Okay, but here is the trick now- I am a dad with little impressionable children so how do I blast my favorite song from the CD “Draw a Crowd?”

This PBS show (here) was created with the best intentions. In better hands a series with this kind of premise could have been really great. For those that don’t know, in each episode an actor or director discusses one Shakespeare play (except for the maddening episode where they tried to combine all of the comedies and failed to discuss half of them), but the narrator’s own opinions on the work started to seep in. For example, Derek Jacobi got into a debate about Edward DeVere being the true author (which I do believe as well), but does that need to be in a discussion on Richard II?

Do you want to know my favorite mistake in the series? Hearing legendary director Trevor Nunn and scholars discuss the “uniqueness” of a shipwreck in The Tempest (*Cough* Twelfth Night *Cough*).

Still, I watched all of the episodes and had fun interacting with it… Well, at least Ethan Hawke didn’t discuss Hamlet (shiver). Oh, and what a great advertisement it became for The Hollow Crown! Can not wait to watch that series. Get on that ASAP PBS!

I love Graphic Audio and their audio dramatizations of comic books (I’ve written about them before here and even was mentioned in one of their podcasts). This week they will be making the leap from DC to Marvel and I can’t wait to hear the result of it (check it out here).

Yeah, I admit I have not heard this yet (besides a sample on their site), but this is one of the new releases this year I’ve been waiting months for. If you don’t know Graphic Audio, what they do is take a book (usually a genre/pulp work) and act out the book word for word with a full cast.

Their recordings got me through many a-night with a young baby in hand. I highly recommend you check out their site.

This one is on my list because of my son. He loves this show (here) and it is almost a nightly ritual for us to sit and watch a few episodes together. However, I think our watching experience is different. See, he hasn’t seen the prequel movies; yes, he knows Anakin becomes Darth Vader, but he likes this Anakin.

So while he likes seeing Anakin talking to Mace (who Anakin will kill) and hanging out with his padawan (What happened to her???), I just see future little corpses everywhere. (They even had an episode where they were tracking down baby jedi… yeah.)

Yeah, for those that know the “future” it can be kind of a bleak show. Oh, it is still fun to watch, just bleak (and avoid the first episode/movie, it is awful compared to the rest of the show).

I was never really into Death Cab for Cutie (love the reference in the title), but this solo outing from Benjamin Gibbard is great (here). If you like Aimee Mann, well, it feels just like an Aimee Mann CD. Funnily enough, Ms. Mann actually makes an appearance on the CD locking the comparison into a very tight and neat box.

My favorite thing about the CD is the song “Dream Song.” When I heard it on the radio for the first time I had to send a tweet to the station asking what and who that was. This, along with Ben Folds Five, has become my background through a lot of editing this month.

See you in March.