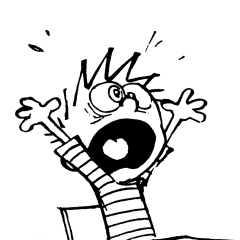 In today’s update around the writing of Permanent Spring Showers I must throw myself upon the mercy of the court… I mean, my readers. The mercy of my readers

Yes, I had done something I had promised not to do around the creation of this book. How big a deal this is truly is your own to decide, but who said making a book was easy? And when you consider how many plots and characters I am juggling with Permanent Spring Showers, well it’s not…

Okay, I am just rattling off excuses now. Let’s move forward to the updates and my guilt.

Some of the more careful readers might have already caught this mistake. (Did you? Have you been giggling at me behind my back?)

As mistakes go it is not a big one, I get that, but it is jarring enough to take a reader out of the little dramatic universe I am creating. And while I do consider Steve an unreliable narrator in a few ways, he is not unreliable enough to make that big a mistake. He does have a watch.

So what am I referring to?

Well, in Chapter 2 Steve talks about jumping forward two weeks in time to a meeting with Anna and her fiance. Two weeks in time? That would actually put Steve back around the time they were preparing to paint the mural on the Murrow Science Building, hardly inside a little Italian restaurant about to be thrown through a glass window.

See, in the original screenplay the book is very (very) loosely based on, the creation of the mural on the wall was not a big deal really. Definitely not as groundbreaking, life changing, as the one in the novel. In writing the novel, it became a lot more interesting to me to take a character like Vince and show the start of a great artist’s career as compared to the odd romance the screenplay originally focused on. What I am saying is that I thought it would be more of a thrill to create Picasso.

Who doesn’t want to make a Picasso?

And… clearly to create a work of such importance as I envisioned the mural becoming then had to take some time, right? At least more than a simple evening.

Well, it is there that we see the snag in the space/time continuum (as a Star Trek fan I’ve been waiting to write something like that for years!).  To explain the mistake again, Steve in Chapter 2 says it is two weeks in the future when it is actually a month and about five days.

Humorously, I am so focused on what I am working on during that week, I didn’t see this even being a problem until I had finally reached Chapter 15 where the restaurant scene from Chapter 2 continues, almost three and a half months later in the writing of the book. See, that is focus for you.

After agonizing over this issue for about a week, I gave in and went back and corrected it in Chapter 2 online. Now any references to “jumping forward” refer to about a month as compared to two weeks. Simplest correction to make, but not totally cool with the agreement around the unique style of the writing of the book.

So any future reader who has been waiting to take on the book after it was completed, well the issue is corrected for them. No worries, no injuries there. And to be honest, for the future reader it would have been an issue more than for those reading week by week since they would have an easier time catching it (unless my weekly readers are taking detailed  notes).

Look at me, justifying a crime.

I don’t think it will have to happen again, if that makes you hate me less.

I have reached a few milestones with the work. With the 15th chapter going up this Friday, a kind of countdown begins for me. Less than ten chapters left.

I already see it becoming something of a mantra for me, something I will repeat again and again when I am mediating… Wait! I don’t meditate, but I probably should it would probably help the nerves around this project.

Also, another milestone is that with Friday’s chapter I will reach over 200 pages, moving the book from a novella size to a novel size. That is an awesome feeling to me. The book is starting to have weight now. I look forward to the time when I move the work from WordPress into a final word version. I usually love this bit, printing up a book for the first time, holding it in my hands. I have also been known to spend hours at Staples just choosing the right color for the binder. Right now I am thinking dark green…

No, black would be a better color! This might take a little more time to decide.

Honestly, I don’t think I will do a project like this again. That’s not to say I am not liking the result. I am happy with the book, it’s just hard to manage a process like this unless it is your full-time job, which it is not. I’m also married with two little kids (and all of the distractions that comes with that), and I’m working with an editor on preparing A Jane Austen Daydream for publication as an eBook this December. That means every spare minute I can find in the evening or on the weekend, I need to focus on the next chapter due.

This makes me feel frantic around the project, almost mentally continuously fidgeting around the next bit I need to create. You should see the Notes app on my iPhone!  Last time I checked it had over a 100 different little notes. A piece of dialogue here, an idea there.

And, what I have also found, is that I work myself up into such a mental state (frantic, remember) around the work that it is hard for me to relax, even simply fall asleep in the evening. Seriously, I can almost not even relax enough to sleep without having an audiobook or CD on my iPhone headset, or a Doctor Who episode playing on my Netflix app. Without forcing my mind to focus on something other than my book and what feels like a mountain of responsibilities, I can’t sleep, I can’t turn off my brain.

Frankly, this is all exhausting, and while there are thrills along the way during the journey it is definitely not something I would recommend another writer do, especially a writer who is still learning to use their talent as compared to someone with a few years and experience under their belt.

Combined (frantic and exhausted), these can all be dangerous and I recognize that. I cannot allow myself to be complacent or simply “phone in” a chapter I need. I couldn’t live with myself if I did that. I need to feel that each chapter I put up reaches a certain bar I have placed for myself for creativity and artistry. (I know that sounds a little egotistic, but writers need to have egos while they are creating. They need to feel like they are doing something important; if not, why bother?).

Take a breath, Scott… Don’t have time for breathing, because Chapter 15 goes up on Friday.

If you liked reading about the creation of Permanent Spring Showers (the earlier chapters and updates can be found on the Permanent Spring Showers page), why not check out some of my published books? I had two novels published in the last few years, My Problem With Doors and Megan. You can find them via my amazon.com author page here, or as an eBook on Google eBooks here.  Thanks for reading!