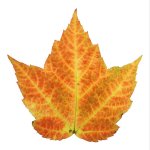 Autumn is around the corner, and in my neck of the woods the leaves are just starting to change colors and my son is already talking about his Halloween costume.

He wants to be The Flash this year, but next year he wants to be Captain America with a shield which he threatens to throw around; so it’s good for everyone (especially the dog) he is The Flash this year. My daughter is Princess Leia, because I thought it would be cute and she is too young to argue; and I made sure to pick it up before the mom got a chance to say no. Yes, I am happy with this action on my part, and I will do it again in a heartbeat.

Okay, I must admit I skipped on my list last month. And that is okay, seriously, I had no time, focusing most of my attention on writing my book while listening to Fiona Apple. Yeah, Fiona’s new CD (The Idler Wheel…) is definitely becoming my mental soundtrack for this opus, but I already talked about the CD enough on this site. You don’t need to read me praising it again… Oh, what the heck– it is my favorite CD of the year so far and you should buy it.  Onto my list:

The Third Season of Downton Abbey

Yes, the Southard household are fans of Downton Abbey, but considering the other things I write about in my blog, is it much of a surprise, really? I love the writing, the pacing, and the character development.

So why am I including it for my September list… Well, it’s coming out in England this month! It’s only PBS that has made the decision to hold off showing it to us. Which means, just like last time, we get to watch these great characters celebrate Christmas in February or March. It’s all just such a weird decision on the part of PBS. There is no delay on Doctor Who on BBC America, so why does ITV and PBS make this call? Is there a financial benefit I’m not seeing?

Consider, for example, the fact that many fans will find a way to see it before PBS airs it (we can all be crafty when we need to be, can’t we?), or in the least read about it. So, if anything, this “smart” decision on their part loses them possible loyal watchers, doesn’t gain them any. It’s just frustrating all around.

Singin’ in the Rain, Blu-Ray Boxset

The older I get, the more this movie means to me. There are few things in this world that can make me smile from ear to ear like this movie. It has gone from being in my top fifty favorite movies to… well, if I was to make a list now I would put it in the top five, pushing some old beloved Shakespeare film off its platform (By the way, Casablanca is still number one, and probably always will be, it’s Casablanca!).

Like the Casablanca Blu-Ray boxset, it comes with a thin book that is not very impressive. My initial feeling on looking at the book was the same I had before with the other. With all of the movie-loving books about this film, as well as books on the creators, why is this the best they can do for the diehard fans? Even as a picture book it is lame… Okay, besides that and the limp mini-posters (too small), it comes with an umbrella; which is strangely NOT the iconic red like Gene Kelly’s. At least this is a better shout out to the film than the coasters were for Casablanca (because they all drink in the film, get it?!).

But really, all of these extras don’t matter. What matters is the film, and Singin’ in the Rain looks gorgeous on blu-ray. So check it out if you love the film… or if you need an umbrella.

I discovered gypsy guitar jazz the first time I was in Venice. It was outside a restaurant I could never have afforded to eat at and there was a little trio performing; the guitarist soloing was amazing. I stood and listened to about four songs and then gave a tip… I have no idea how much I gave, but I am certain it was more than I meant to. Since then, I have a collection of Django Reinhardt’s work and occasionally do searches on this jazz genre.

Stephane Wrembel’s work is not unknown to followers of Woody Allen films. His music is the heartbeat in many ways for the great Midnight in Paris. The album Gypsy Rumble is my favorite of his CDs and I highly recommend it. It feels so classic and new all at once, and is just wonderful background music for a day or a dinner.

This one I blame on my son and my dad.. okay, more on my dad. My dad has always loved this show, it makes him laugh outloud and now that his grandson (my kid) is four, they both sit together watching and giggling. They debate who is their favorite. My son like Buttercup, my dad likes Bubbles (Blossom never seems to make anyone’s favorite list even though she is the leader). Personally, I am more about Mojo Jojo.

It’s too bad that they don’t make this show anymore because there is some great benefits to it. A few weeks after my son started watching I caught him and some of his other male friends at his daycare pretending to be Powerpuff Girls. Seriously, how cool is that? That is something his generation has (or had when the show was being made) that my generation didn’t. All we had for strong female role models/superheroes that guys and girls could both relate to was Wonder Woman.

So Cartoon Network get on that.

Kratt Brothers: Be The Creature

I have not hid on this website my respect for the Kratt Brothers, especially their animated show Wild Kratts on PBSKids (like here), that both my kids watch every morning while getting ready for school and daycare. I decided over the summer to track down some of their other work and we found their series for National Geographic called Be The Creature.

This is not like Wild Kratts, this is the Kratt Brothers being real about the animal kingdom. In each episode, the brothers choose one animal and immerse themselves in that animal’s world, which means you see the good and the bad and the brothers experience every moment.

From bear attacks to swimming with sharks, it is fast-paced, fun, educational and just a great overall show. For me as a parent, I love how it warmly and honestly introduces the reality of living on our planet, a great example of this is when they found an injured kangaroo and Chris explained to the TV audience that this is how it is in our world. This scene created a teaching moment between me and my son.

Sadly, there were only two seasons of this show and the second season isn’t even available on DVD. I highly recommend you check it out if you have a nature-loving, animal-obsessed member in your family.

If you liked reading my article (and maybe the book in process), why not check out some of my published books? I had two novels published in the last few years, My Problem With Doors and Megan. You can find them via my amazon.com author page here, or as an ebook on Google eBooks here.  Thanks for reading!