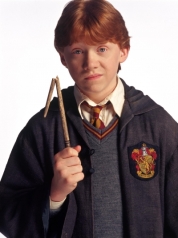 Maybe it is the Ravenclaw in me, but I was expecting something with a little more creativity and inspirational zing from Pottermore.com.

Pottermore… I remember when I first heard of the Web site. What a great idea! An online experience around Hogwarts that also works as an opportunity for JK Rowling to share new insights into the world of Harry Potter. The last part is what got me the most; see, while as satisfied as I was with the end of Potter (both book and on film), a part of me still missed the universe. It had found a home in my heart next to Middle Earth and a galaxy far, far away (not the prequels), and that is quite an achievement.

Pottermore first opened for Beta testers last year. I did not work to become a beta tester because I assumed it wouldn’t be beta tested for that long. I mean, they just got done making a major announcement that stretched the entire world about the new site! You don’t do that unless you are ready to go. I mean, it is unheard of to do otherwise.

Well, surprising it is heard of! My bad.

The Beta testers “owned” the site from Fall to April of this year (while the main page kept promising its opening in a month that was long gone), as I, and most of the other Potter fans waited and waited…

I can’t even begin to imagine how embarrassed the Web site designers at Sony must have been feeling around that very public delay.

Nevermind… nevermind…. Let’s move on- This weekend, I was able to get on the site!

After what felt like an exceedingly long wait for registration to be completed, I was there… finally. I was back in Potter world and this time I was a character and I would be able to take part in the books and… wait… Well, no not really.

If I can sum up my experience on Pottermore it would be with one word- “underwhelmed.” And that is a word I never thought I would use around JK Rowling and her creation.

First off, there is the return to her books, which comes down to a series of nothing more than seek-and-finds in recreated visuals from key story moments. And as seek-and-finds go it is hardly much of a challenge. This is not Where’s Waldo. Seriously, you could just randomly click and find things. Does it matter? Well, sometimes they unlock little tidbits from JK Rowling (Yeah!), but many times they are items that are merely added to your trunk.

I have no idea, but they are in my trunk now.  See, I have a remembrall right next to Hagrid’s rock cake and a hammer and nails and I can do… nothing with them… Sigh…

Now, don’t get me wrong, I enjoyed some of the tidbits from Rowling (the backstory on McGongall was great), but everything else felt so lackluster. I mean, look at the “social network” aspect of the game. Yes, you can duel other students, but it’s not like you see them (or an avatar of them). You don’t see the results of your victory (or for me the repercussions of my defeat). You can’t chat with your friends. Challenge them to a duel or send a gift is the extent of friendship (the yin and yang it seems for the wizarding world).

There is really no way to communicate, no e-mail account is created with your screenname, for example. So if you were expecting to create your own friendships at Hogwarts like Harry, Ron, and Hermione, well, think again. This is not the place. Maybe online gaming has made us spoiled, and we were all expecting something more than this?

Sadly, we aren’t even able to pick our own name…

Other than duels, the other “game” aspect of the site is around potions. Ah, potions. I’ve lost two cauldrons so far, and while it is fun to watch them explode, there is really no point. Can I take the potion (or a character representing me)? No. Can I give it to a “friend” who can take it? No. I can give it to someone as a gift like the items in my trunk, but that is where that stops. All I really get out of the experience is a few house points… Great…

There was only two things I liked about this online experience, getting my wand and being sorted into a house. But after that was done, the “what then” factor took over. Yes, I am finally sorted in the Ravenclaws (no surprise really, he says like a true Ravenclaw)… then?

Is there a special room only I get to explore and add to? No.

Does an avatar of me get robes? No.

I am just thrown into a forum that tells me that some random Ravenclaw in the world earned us five points. Yahoo!

Hogwarts has always been a world of interaction. You make magic, or magic happens to you; you have friends; you converse with great wizards. Hogwarts is a living place (even the pictures and stairs are alive!), and none of these elements are on the site. It is really incredibly void of life, and this contrast between the site and the books is startling.

Now, lets compare this to other online experiences. How about if a company liked Zynga got to do Harry Potter, like they do Indiana Jones in Indiana Jones Adventure World? Besides, Zynga’s incredibly annoying practice of demanding we bother friends for things or purchase little asides to complete a level, it is still usually fun.  Imagine the same experience with Potter- You could have an avatar, maybe your own common room you can decorate and collect things for. There might be levels, as simple as trying to find your way to a certain classroom. There could be puzzles to solve. And you can invite friends to visit your common room, and you can visit theirs…. See, something like that is what I would have hoped for with Harry Potter.

My wife argued that maybe the site is being targeted for a younger visitor. I mean they are kid books. To be honest, I don’t buy that argument since most 11 and 12 year olds are MUCH better gamers than I am and would have had a lot more experience in online experiences like this than I would have had as well. If anything I would bet they would be a harsher critic than me of the site.

After two days on the site, and everything from what I can see being completed, I am left with one question that seems to sum up all of my feelings around the entire experience and its creation: “Why?”

Frankly, I have no idea.

4 thoughts on “Underwhelmed by Pottermore”