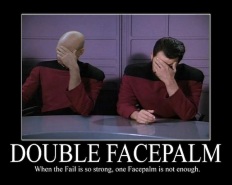 Sometimes when I work with new novelists or self-published writers, I wonder (and this is awful to say) if they even really like books.

Why is it that people are drawn to wanting to be writers?  Is the image too glamorized in books, TV, and movies? Is it for the bragging right, so they can say “Yes, I have written a book? It is right there.” Is it because it seems simple to do since we all know how to form a sentence thanks to public education? Has self-publishing companies done too good a job ruining the myth that writing is a skilled craft? What is it that draws people to take on this art, resulting in a congested market and thousands of badly written books finding their way onto amazon each year with badly made covers on photoshop?

I wish I had an answer to all of my questions, because sometimes I want to give new novelists interventions. In other words, sit them down and ask at the beginning of the process, “Do you really want to do this? Really? Why?”

The thing I am the most surprised about when working with a first-time novelist is how many rookie mistakes get made. Yet, they still come up again, and again, and, over time, I have begun to sound like a broken record. Here are four obvious errors that drive me crazy with some helpful recommendations for the newbies out there:

Since I just talked about a broken record, let’s start with this one. And this one spreads over a few different aspects.

First, there is a theme that is of importance to the writer- Maybe it’s a lack of trust in their reader “catching” what they are doing, but newbies seem to repeat a point of importance over and over. You will hear it described in the narrative, it might come up in a conversation, whatever the case it will be repeated to such an extent that you as the reader feel like shouting “ I get it, I get it! I can see what you are getting at. The penguin is a symbol of mankind losing his connection to nature, now let the damn flightless fowl go!”

A scene that doesn’t go away- Coming up with new ideas can be hard, and maybe it is the difficulty of doing that for each chapter that is the trial, but this comes up a lot. This may be like, for example, each time two characters talk they are walking to the same coffee shop or sitting at the same table.  Two times is fine, but when it happens more than that, it is a problem. This repetition happens a lot more than newbies realize. Sometimes they are floored when I point this out.

Or it is around the characters- Giving a character a “quirk” is fine, but when this “quirk” is repeated in the narrative and the dialogue again and again, it gets painful for the reader. TRUST your readers, please, they will get it. Let me give you an example of what I mean: I recently read a book where an author gave a character a favorite TV show. It was discussed in the narrative, the character talked about it, we saw the character watch it, and others talked about the character liking it! OK, sounds cute? It’s always cute at first. And I just described four instances here, times that by another four and the cuteness dies away pretty fast.

It’s like you are at a bar on a date, know when to say when so you don’t start sounding like an idiot.

Recommendation- Create a “word cloud” of your first draft (There are a lot of free Web sites that will let you do it). See what comes up a lot. Is that intentional?

Good characterization is an art unto itself. There are subtleties in making characters stand out from each other that can’t really be taught, per se, it is learned by reading a lot of books and watching real people. The problem is  that when an author doesn’t take the time to breakdown each major and minor character in their book, a blandness around their characters emerge that they probably don’t see coming (or might not see at all unless someone points it out). But that is not a crime.

Stereotypes ARE a crime. For in a stereotype, chances are you are insulting someone, somewhere. And who wants to do that?

Frankly, using a stereotype is an easy out. It solves a problem quickly, but it doesn’t give that character the energy they need to stand on their own two feet; since they are standing because of another’s misconception.

Yet, more personal, I have read stereotypes in many works and usually they can, unwittingly, share an aspect of a writer’s personality or beliefs that they didn’t want to share. On the few occasions I tried to work with an author on this, there is shock and then a great concern on how they will fix the problem. You can usually see their mind racing behind their eyes as they are overwhelmed with the idea of starting from scratch with a character and also that that part of their own belief is in full view (which they may have thought to have been hidden away). By the way, this stunned expression of panic is not as humorous as one might think, it’s a little sad.

A big part of the art of writing is in the rewriting and editing, and that idea of going back after the first draft can feel like a great burden to a newbie. It is for this reason that I am convinced that the self-publishing market is filled with first drafts.

Recommendation- Sometime during the first draft break down each character with bullets. What makes them tick? Maybe even show these breakdowns to other writers? If, for example, you are using a generalization (“He is a typical southern white boy” for example) to describe a character you have a stereotype right there. Stop it!

Hearing Only One Voice

This has never been a problem for me since I was a huge fan of radio dramas and did much of my early writing around radio (see The Dante 3 page for more info on this blog). See, in radio you learn to make your characters all sound different.

I’m not talking about giving everyone a different accent; no, my friends, this is more subtle. This is about voice; what words are said, how sentences are structured, how a character begins a thought. Like I said, subtle.

We all have unique voices. Find the “crazy” in your mind and bring out those voices. If your characters all sound alike, then you are rushing the process. Writing a book is not a fast process. Give your characters time to breath and find their own voices. We will all thank you for it.

Recommendation-  Go to a busy coffee shop and listen to people. Try listening to radio dramas. And, best of all, when a work is done, ask friends to read the characters out loud to you like a theatrical reading. Do they sound different?

You know how in Monty Python skits where now and then a general or the audience will shout “Get on with it!”? Sometimes I wish I had the power to do that with books.

Is this problem caused because new writers want to reach a certain page length? Prove that their work is a lot more than a short story or novella? (And, to be honest, I’ve read many a novel that should have been just a short story.) Whatever the case, it creates a painful experience for the reader.

How do you know a writer is dragging it on for the sake of some inner ruler? Well, let me give you an example. I had one novel writer I read who, for no real reason, decided to walk the reader for twenty pages through a baseball game. Did the game say something about the character? No. Development? No. Even plot? Nope… He just wanted twenty more pages. At least that is how it felt to me (But that book was filled with examples of that; it should have been a short story).

Books are supposed to be meaty, a little heavy in the hands… Sure… But what is more important is a well-written story, not the look of a good-sized bound copy on a bookshelf. Focus on the story, people!

Recommendation-  This is easy. If a chapter or scene doesn’t affect the plot or main characters, DROP IT.

So why did I begin this editorial by saying I sometimes think newbie writers don’t like books. Because, honestly, if you are an avid reader, your brain (like a sponge) will take in lessons about storytelling without you realizing it. And yet, I find that basic stuff (like the four points above) keep happening again and again.

It is enough to make an English major weep.

If you liked reading this post, why not check out one of my books? I’ve had four novels published in the last few years, my new A Jane Austen Daydream, Maximilian Standforth and the Case of the Dangerous Dare, My Problem With Doors and Megan. You can find them via my amazon.com author page here, or as an eBook on Google eBooks here. Thanks for reading!…

54 thoughts on “The Mistakes of the Newbie Novelist”