I am always haunted by three songs. They are my personal ghosts. They are with me wherever I go, just ready to jump back in front of me with a scream of “Boo! Got ya! Now sing along!” And I have no choice. I sing every damn time.

The first is “Breakfast at Tiffany’s” by Deep Blue Something. Let’s get this out of the way first, Breakfast at Tiffany’s is an awful movie. It’s not just an awful movie, it’s also a racist film. There is no good reason for the lyricist and the soon-to-be ex-girlfriend to have fond memories of that film. I would even argue that an enjoyment or love of the film a good ground for dumping… on both sides.

But gosh darn it, that chorus in the song is so catchy!

I hope wherever the lead singer of Deep Blue Something is, he is also singing that song every day… seems only fair for what he has put me through since its release.

The second song is “Cantaloop (Flip Fantasia)” by Us3. This song from the ’90s was created out of an attempt to combine Blue Note jazz records with rap. For some strange reason, this is the only rap song I can rap along with all the way through. Which means at some point during my day you might hear me quietly bragging about my basketball skills and my ability to rap. (Both things that aren’t true.)

The third song though hits me more psychologically. It cuts me to my core, leaving me feeling guilty about the smallest things, because…

I will not ever, ever, EVER be like the dad in Harry Chapin‘s “Cat’s in the Cradle.”

For those lucky enough not to know this folk pop number, it is a cautionary tale about parenting and the lessons we teach our kids without meaning to. The narrator is a father who never seems to have time for his son. He wasn’t there when his son learned to walk or speak. He even casually dismisses his son’s birth, saying that he was merely born “in the usual way.” I’m sure his wife when she was screaming in the hospital didn’t think it was “usual.”  END_OF_DOCUMENT_TOKEN_TO_BE_REPLACED 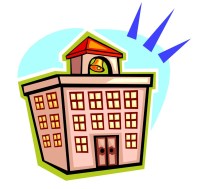 This was a battle I walked away from.

To understand the gravity of this for me, you have to know a little about how my brain functions. Typically, I am not the kind of guy to lose an argument, surrender a point. I’m one of those who will hold on like a dog with a chew toy, and this is especially true if I know I am in the right.

And I definitely know I was in the right! So, so right.

Actually, to correct that, I should say left, since what we are talking about are car lanes.

To put it more bluntly, dropping my kid off at his school is a piece of hell. Let me repeat that, hell (devil, pointy ears and tails, flames, the whole bit).

I’m not talking about the emotional aspect of the separation, that was there for a bit (and always resides a little beneath the surface), but other less pleasant feelings than the accepted sadness in watching your kids grow up. No, I am talking about stress, frustration, and sometimes anger.

…And I know other parents feel that way towards me. END_OF_DOCUMENT_TOKEN_TO_BE_REPLACED

When I was eight years old my family was hoodwinked by our local newspaper.

The journalist decided that he wanted to do a story about a runner and his family, so he collected three different families for interviews. It sounded fairly innocent, benign, but the first warning sign should have come to us when he had us pose for a front image for the story.

He had me and my little brother sitting on a curb, holding a sign (I believe it said “Go Dad”) and looking sad as my dad ran by in a blur.

A few days later the story came out with our sad expressions filling up almost an entire page. The journalist cherry-picked quotes, creating an image that runners when they run take time away from their families. Personally, we were all disgusted by the story, and to this day I like to imagine there is a ring in Dante’s Inferno for journalists like that. (I imagine it would involve them all interviewing each other and seeing their own words taken out of context.)

The fact is I never lost anything by my dad being a runner. If anything it taught me the importance of being healthy and exercise. Yeah, running was not my thing and my dad had to begrudgingly accept that (I lean towards biking more), but at least I do exercise. And as a teenager I would bike alongside him as he ran and talked. My dad was always known for talking while running. END_OF_DOCUMENT_TOKEN_TO_BE_REPLACED

Sentimentality runs thick in my family. It has always been that way, carrying on that tradition from my parents to me. And when a holiday or family event arrives at our door, the past always arrives with it, shaking the snow off its boots, an escapable addition at the table.

Every Christmas tree is compared to a past tree, every gathering being a moment to remember those no longer there, and birthdays are always tainted with the feeling of a time gone that will never return.

This is not a bad thing.

In a way it adds to my family’s experiences along this mortal coil, since we view time and moments in such a special light. So at any event, look for me with the video camera trying to chase something down that can’t be chased down; the elusive kernel of a pure, real instant.

Every giggle, every dance, every story of my kids, I want to capture it, knowing that someday, with my sentimentality sitting beside me on the couch I will want to view it again… and again… and again…

That time that is just about to slip away. END_OF_DOCUMENT_TOKEN_TO_BE_REPLACED

“Can you believe our firstborn is starting school?” My wife asked me this question a few days ago, her eyes going wide as she said it, and it ridiculously enough took me completely by surprise.

My son is about to start Begindergarten, which is a cute way of saying an “Early Fives” class. He is going to attend it in an elementary and he will be there all day just like all of the bigger kids, using their same cafeteria and their playground (not at the same time, of course). My wife and I were so focused on getting him into the right school in our area for the last eight months that I didn’t realize until recently how much this change meant for all of us in our little family and for him.

This was about to be something new…

In preparation of this first day over the weekend we drove him to his new school and allowed him to play in the playground for about an hour. While he loved playing in the playground (trying everything he could), I kept noticing things, my parental eye kicking in.

Yes, while this playground is better than anything I had growing up (and this is a great school district), I still was catching everything I possibly could. This could be a super power of mine. A lame super power, but still a power. You can call me “Protective Dad.” And I am here to shake my head and wag my finger at others! Irresponsible people of the world be warned! Protective Dad is among you now! END_OF_DOCUMENT_TOKEN_TO_BE_REPLACED

My four-year old son has four superhero capes, he is very careful to choose the right one to wear on a given day.

And yet, for all of these capabilities, my son (like any normal four-year old) has fears. So far there has not been a concern about monsters in the closet; we’ve been avoiding Monsters, Inc. for that reason (While I love the film, Pixar you open a possibility of a can of worms with that one!), but there are others that have crept up to surprise both his mother and myself.

You think a superhero would be okay with bad guys, but his fear of them seems to have really grown in the last few months. END_OF_DOCUMENT_TOKEN_TO_BE_REPLACED