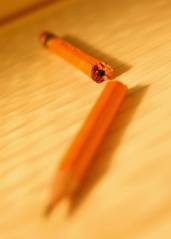 I need to begin with Diane Rehm.

See, one of my little obsessions is The Diane Rehm Show and I listen to her about four to five hours a week. I even get the podcast, and when I am helping one of my children to fall asleep, usually I am listening to her take a caller on my phone’s headphones. And, to let you in on a secret, when I play “interview” in my mind she or Terry Gross are the ones asking the questions. I’m not the only person who does this, right? You are out someplace and suddenly an interview forms in your head. Before you know it, you are saying aloud: “Well, Diane, when I first came up with the idea…”

Okay, that might have been too much information. Moving on!

Anyway, a few years ago she had on a popular writer. I can’t remember who the author was, but this author’s ego was proudly on the march. You would’ve thought she had written the next Ulysses and to add to the size of her enlarging head a caller called her, praised her, talked about how much she loves her books and then asked her what her advice would be for a new writer.

The author replied that the golden rule of writing is “Write what you know.” She then went on to explain why this rule is so important and as I began to roll my eyes and prepared to finally turn off the episode, Diane did something utterly amazing.

The grand Mrs. Rehm interrupted the author and debated the author on that rule. She asked how could that be true. JK Rowling, for example, doesn’t know any wizards and has never been to Hogwarts or have magic (Yes, Diane referenced Harry Potter!). If Rowling only wrote what she knew we wouldn’t have that wonderful series, Diane argued.

If I was in the studio that day I would have given her a hug and a kiss. END_OF_DOCUMENT_TOKEN_TO_BE_REPLACED

For some reason I cannot explain I have become haunted by the ghosts of English classrooms past. I keep returning in my dreams to bad high school classrooms, once again sitting through a badly organized discussion on a book by a lecturer that couldn’t care less.  The only difference is that in the dream I am now in my thirties, no longer that bright and complaining 17-year old, now my disillusioned older dude self… Oh, and the end of my pants are still rolled up, because that is what you did in 1991 when you wanted to be cool. And frankly, I needed all the help I could get.

Being cool, I mean.

I have always loved books, it is a running theme in my life, but it seemed like as a public school student whenever I was in an environment that should’ve created—I don’t know—a “cocoon of support” let’s say, I was an outsider, with even the teacher wondering what is wrong with this kid. There was no cocoon! If anything it gave others ammunition to ask what is wrong with me? You like this!? Really!? This stuff!?

The fact is that my experience in high school English created in me somewhat a feeling of isolation. Yes, other students got good grades in English classes, but I never felt like they got “it” like I did. They read the assigned Charles Dickens, did they spend the last summer reading six other books by him? No, probably not. I felt like screaming, “These are great stories! Isn’t this better than that crappy Stephen King in your locker?” END_OF_DOCUMENT_TOKEN_TO_BE_REPLACED