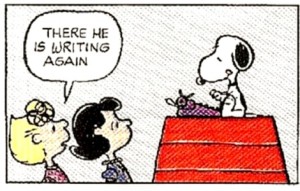 Ever since the election in November writing feels… trite.

It feels silly and, dare I say, hollow to worry about my next book or blog or even think about fiction. I can’t even name the last piece of fiction I read (maybe Neil Gaiman back in October?).

“Look at what is happening to reality!?!” A part of my mind keeps screaming.

Writing fiction is like being Nero with the fiddle while Rome (the real world) burns. And when you consider climate change, “burn” is not a bad word to use in that context.

But now it has been some time since the inauguration (even though it feels like freaking years), and if I don’t do something I will go stir crazy. I need to figure out my next step with my latest novel (Agent? Publisher? Furnace?), what I am going to create next, and, more vital, finding what feels important.

That’s the trick right there- “important.”

Of course, the irony of this is as I look over my latest five things I see a few time fillers there. I guess I would argue that for the last few months I just wanted to turn my brain off. Now I am ready to turn it back on and see what it can do. Today we need all of us to be active. We can’t simply wait for the next election.

Crooked Media oversees a series of podcasts that help me feel like I can make a difference in the world.

It is overseen by a team of President Obama’s speechwriters and they have such great podcasts as Pod Save the World and Pod Save America. They originally had Keepin’ It 1600, but that name had to go away didn’t it? (Argh!)

Each episode of their shows they dive into the weekly news, go into the weeds. Then they interview important leaders (including President Obama), always asking the big questions like what we can do to make a difference and fight against what is happening to our country.

I think my favorite part of their shows is when they suggest actions everyday citizens (like me) can take to impact the news cycles and politicians, from rallies to phone calls.

If you are upset (like I am) about what is going on in the USA, start listening to these shows. Get involved, make donations to causes you believe in.

So do you want to know what I was doing to keep from freaking out on election night?

Let me introduce you to my favorite app game “Disney Magic Kingdoms.” It’s pretty much Sim City with a Disney Park. So, if you are a Disneyland fan like me, you can geek out over having your own Haunted Mansion or Splash Mountain.

My only complaint is that much of the updates and events so far in the game has been centered around the movies, as compared to the actual parks. I would love to see more park rides, but it is still a new game so maybe they have those releases spread out.

In a way, this game has become a deep breath for me. It clears my head, and after a few seconds of completing tasks in it, I can turn it off and return to dealing with the crazy we seem to have around us every day.

Would I like to live in such a park like I dream around Disneyland? No, the idea of having to eat a sandwich for twelve hours, like I assign to poor Goofy, seems cruel. But it is still a nice distraction from time to time.

I’ve written before about my love of this show (you can find a post here). I have nothing new to add except….

New season on Netflix on April 14!

New season on Netflix on April 14!

(Let’s just hope the world is still around to see it then. We got a target to aim for people! Look towards the movie sign!)

Last year, my wife and I watched all three of these movies by Richard Linklater back to back. It was great, and after over ten years of marriage, we could relate to the characters and their discussions in every stage. It reminds me of the film Boyhood, but for relationships.

The Before films simply follow the relationship between a couple. The first film begins with them meeting in Europe when they are young, and that first evening together. The next films are each about what happens next. It is sweet, funny, and very smart.

This new release is from Criterion. They call it a trilogy, which makes me nervous there won’t be another film later on. I kind of want to see them again after their kids have grown up and moved out. Or how about when they are old and retired? Of course, their walks around might be much slower then.

If you have not seen any of these films check them out. Or, better yet, save yourself the task of tracking each one down, and just buy this new boxset. It is definitely worth it.

Every few years, I go through a Bebop stage. I have to watch all the episodes, put all of the soundtracks on my phone and experience the full brilliance of this too short (and awesome) series.

For those unaware, Cowboy Bebop is the story of bounty hunters in the future. That is all I am going to say. I am going to let you discover the rest of it for yourself.

Each episode is called a session and they feel very musical in their delivery. What I love about the show is that sometimes it feels very fluid and experimental in its storytelling. It could be argued that each plot is big enough for a movie script, but we are just getting the 20 juiciest minutes of the tale. You can put the rest together yourself.

There are only a few things I wish I could have created in my life, Cowboy Bebop is one of them.

Yes, this show humbles me as a writer… and makes me smile at the same time.