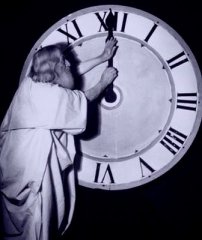 I have always hated birthdays and I think part of the problem is I have always put too much pressuring on meeting difficult milestones.

I blame myself, but I also blame great writers for this. See, I have always put a lot on what others have done by my age and the older I get (and more great writers die off with each year I pass. I mean, come on! I’m almost a few years off from when Jane Austen snuffed it), the more this is getting difficult to do. Many of the greats have already hit their classic by this point. Me? I’m still struggling to get people to find my writing (and thank you for reading).

Looking back over my website this year it seems aging is a big theme for me. Maybe part of this is related to the fact I lost my grandfather at the beginning of the year. He was the last of my grandparents and with him an entire generation of my family disappeared. Yet, to be honest, I have written about aging before then. One of the first things I wrote for Green Spot Blue was a piece about being older than Indiana Jones in Raiders of the Lost Ark.

Yes, being older than Indy is a big deal for members of my generation. If you don’t understand what I mean, I can’t help you. (You can read that piece here.) I’m approaching Last Crusade now… after that there is a long draught until the flying fridge and the crystal skulls.

Before this becomes some kind of a great pity party for me, let me add here that I am very happy in my reality. My wife and I have created a wonderful life together and our kids are amazing. I know it’s almost corny to say one’s kids are their greatest achievement but… Okay… my kids are my greatest achievement.

And when it comes to my writing, I’m really loving working on this blog (and hello to my 150 blog followers and over 5000 Twitter followers), writing my new book Permanent Spring Showers, and wonderfully the editing of A Jane Austen Daydream with my publisher is going swimmingly so far. We have not added one vampire yet. Ha!

(Okay that is a joke, there is nothing like that in the book. It is a straightup Jane Austen novel with Jane as the romantic lead. I don’t want to worry any Austenites with my joke. We Austen fans have had to deal with so much over the years from bad sequals no one asked for and zombies. Don’t get me started on the zombies).

My birthday falls on election day this year. It’s always a weird feeling when this occurs. It is like my birthday takes a backseat to the ENTIRE COUNTRY. Not that NPR would ever say on Morning Edition that it was my birthday (unless I paid them too), but if I was a famous writer and this occured again, I still would not be on their radar. I have to accept that.

Okay, I also have to accept I am not a famous writer, but lets take one hurdle at a time.

Election days are nervous days for our country. Everyone putting their hope in their fellow citizens to see thing like they do (which they never do), and watching returns come in during the evening can be a game by itself…. No seriously, it would be a great board game. Someone should get on that.

Oh, and if you want to give me something for my birthday- Vote for Obama.

A few years ago I made the mistake of taking one of those health tests to see how long I would live. It took into consideration my activities, my weight, my overall health, etc. and the result was 86.

I can’t complain with 86. But in getting that number I have an end date now, just like the milk in my fridge. That is my expiration date. I go stale after that.

On November 6 I will have, based on that number, 47 years more to go.

Okay, that is not too bad. That is almost half a century more and as long as I keep my intake of hot dogs and mac and cheese down to a minimum I might be able to reach it.

It’s just the problem is I know next year it will be 46 years left… along with the big 4-0. So the glass is not half full with this revelation.

My four-year old son told me last week he wants to be an astronaut-writer-daddy. (Based on my experience in the writing world, I’m pushing for the astronaut over the writer, I wouldn’t recommend anyone go into the arts unless they have no choice. Sorry, fellow artists if that sounds cruel, I’m just calling the market for what it is- challenging and congested.). He even told me he wants to go to Mars. How cool is that?

The times before it was more around being a superhero for him. That was a little more troubling since most superheroes are orphans or lose their parents more, let’s say, graphically (Batman, anyone). Oh yes, everyone celebrates the hero, but no one thinks of the parents. Laugh at that all you want, but if you become the parent of a superhero, you’ll feel differently.

Oh, and before that he wanted to be Tigger… If you think about it, Tigger has a sweet life. Heck, I would love to be Tigger!

No bills, no job, no responsibilities, just hanging out with a stuffed bear, bouncing and getting into misadventures. Awesome.

When I was in my midtwenties I went to a psychic.

Before you think I am in that “camp” of believers, I’m not, but I was working at a bank at the time and the branch manager swore that the psychic was legit. She went to her  all of the time, and was working to have everyone at the branch try her too…. (This revelation that a branch manager was into psychics might understandably make you nervous around who you trust your money with; it did me).

The psychic’s office was in a bad part of town in what looked to be an abandoned office complex. This immediately made me wonder how successful she actually was at her job, at least she should have more money, right? I’m not sure about the rules, but if I was helping spirits all day I would expect a little more of a kickback from time to time. Some lotto numbers here, some lotto number there.

Anyway, the psychic first surprisingly impressed me by saying she was going to record the entire exchange. That is neat, I thought, and a little gutsy. I grew up on Sherlock Holmes, so she would have a hard time convincing me and she was giving me the evidence to prove her a phoney later. Sweet! It’s like a murderer handing you the bloody weapon and then asking you to solve the crime.

The psychic began by calling forth my first deceased grandfather, and speaking in a different voice. She told me she saw me covered in books (an interesting way to go too, I should make a note of that), and said I would be going to Los Angeles for school.

Did I go to LA for school? Yes, but at the time I was at Michigan State University so grad school was on my mind. Could it be said she influenced the change? Possibly, I mean she did plant the seed in some ways. And while I was impressed with her and the hour I spent I honestly never felt the desire to go back.

Today, I live once again in the same city as that psychic. Sometimes I wonder if I will bump into her at a grocery store or pharmacy. Would I recognize her? Would she recognize me?

Can you imagine that?

See sees me down an aisle and now two of my grandfathers point me out to her. She nods and winks in an all too eerily (and utterly morbid) knowing way.

If you liked reading the editorial, why not check out some of my published books? I had two novels published in the last few years, My Problem With Doors and Megan. You can find them via my amazon.com author page here, or as an eBook on Google eBooks here.  Thanks for reading!